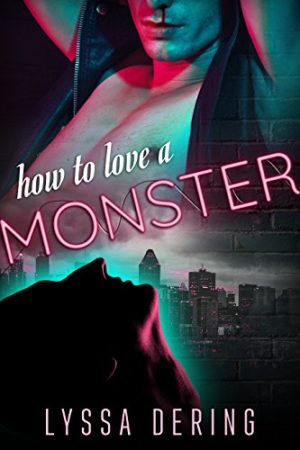 Title: How to Love a Monster

Blurb: Dying at the hands of government goons was always going to happen. Waking up in a dark and twisted afterlife? Not the plan.

Seraphim has the superhuman ability to control his own brain. Or at least, he used to, before his government-mandated brain surgery. The surgery killed him, but life isn’t over yet. He’s just woken up, shivering and alone, in the rain-soaked alleyway of a city he doesn’t recognize.

Fiend is a childhood monster. Dreamed up by Seraphim’s friend Wish, he was imprisoned in Wish’s subconscious until the birth of Wish City, a place for people with superhuman abilities to take refuge after death. Now Fiend is free—and in charge—and he’s on the hunt for anyone with abilities once they cross over.

Eager to play with his new toy, Fiend quickly makes contact with Seraphim. Lost and injured, Seraphim lets Fiend slither into his heart. But under the aching pleasure the two find with each other is a hunger that can’t be denied, and lurking in the shadows of the neon city are truths neither man nor monster is ready to face.

Review: This was a strange story to read for me. Wish City was not what I expected it to be. It was a bizarre mix of creepy and grungy. Sera is promised great things after his death but ends up in Wish City. Sera himself has awesome abilities to do anything with his mind.

Fiend, I really have no words to describe him or what he is. He eats brains so a zombie? He sets his sights on Sera only to be attracted to him. I loved all the characters and their unique abilities. 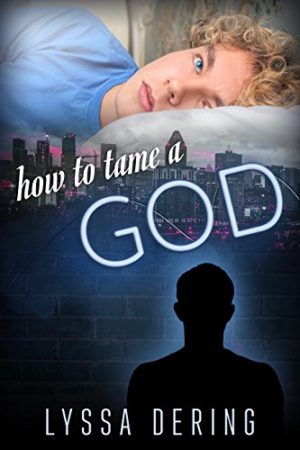 Title: How to Tame a God

Blurb: What if your dark side had a body?

With his superpower of will, Wish can create or modify almost anything, including his own dimension, Wish City, a place for people with superpowers to go when they die on Earth. After wrestling the dimension back from a monster he unwittingly created, Wish is still struggling to control his subconscious.

Lake kills himself to get to the specials’ heaven he’s heard so much about. After hiding his power of emotional manipulation in life, he yearns to use it on a lover now that he’s free. Meeting the charismatic and alluring Wish brings unexpected chemistry, but the two part on awkward terms.

When Lake meets Wish’s dark doppelgänger in a club, he finds himself swept up in a torrid love affair. Meanwhile, the “real” Wish might be ready to give Lake what he wants. But can he learn how to give up control before it’s too late?

Review: Lake can not take it anymore and decides to end his life to go to a place he’s heard of where he can use his gift, emotional manipulation freely. Upon arriving he meets Wish and is smitten. Though Wish feels the same he holds back. Lake explores and meets Wish’s darker side and the two connect.

I liked this story about Wish and Lake. I felt the two got along well though it did take Wish sometime before he realized what he could lose if he didn’t act. I love Wish’s city. Very descriptive and detailed.