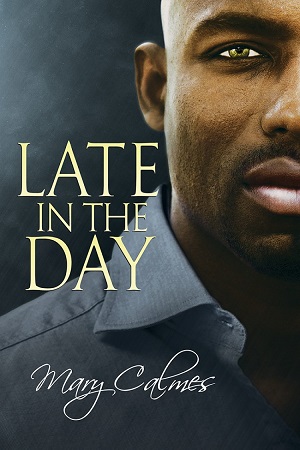 Title: Late in the Day

Blurb: Terrence Moss. Conrad Harris. Gold Team Leader. Darius Hawthorne. The Vault. Juggling all these names would bother some, but for Darius, it’s business as usual. When he closes a chapter in his life, he leaves a name—and the people associated with it—behind. He’s managed to keep a few colleagues, even fewer friends, and no companionship through his forty-plus years… but that’s now changing.

The newest chapter of his life is bringing serious change: a stable home, a recovered identity, an unlikely family, and now a chance encounter with the one man Darius ever loved: Efrem Lahm. The reasons they parted are still valid, and there’s no way they can trust each other. But Efrem has already decided he won’t let Darius go… and Darius will have to decide if he wants to take a chance with his heart this late in the day.

Review: This story is mostly about the fault and the many names he has been throughout his life. We are also given a preview of how he became the Vault in the first place. I loved that.

Conrad’s character was rather complex at times given the many name changes and the circumstances surrounding this. I loved the story as I got an in depth look at the man and all he has been through.

The actual romance does not take place right away and it is someone from Conrad’s past. My heart broke for these two men who were denied a life together due to the beliefs of the time. I so wanted to shout that it was not fair to these men.

All in all I liked this story much better than the first book. 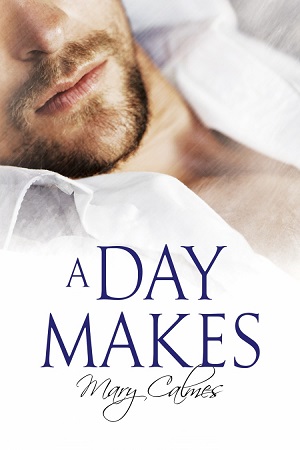 Blurb: Mob enforcer Ceaton Mercer has killed a lot of people in a lot of different ways—he stashed the last two bodies in a toolshed belonging to a sweetheart marine researcher in an idyllic island community—but he’s really not such a bad guy. Over time he’s found a home of sorts, and he even learns he’s found a place in the hearts of the people he works with… at least enough so that they won’t put a bullet in his head because he’s outlived his usefulness to the boss.

But he never thought he’d find one day could change his life, and he’s about to discover how wrong he is.

Because in a single day, he meets the man who looks to be the one, the love of his life. It’s an improbable idea—a man who deals in death finding love—but it’s like it’s meant to be. That single day gets weirder and troubles pile up, forcing Ceaton to take a hard look at his dreary life and accept that one day can change everything, especially himself. His future might be brighter than he expects—if he can stay alive long enough to find out..

Review: I have mixed emotions about this story. On the one hand Mercer and what all has happened to him throughout his life to where he is now and what his mission is, is really interesting. On the other hand, I really do not want to say this, I thought Brinley, Mercer’s love interest, was over the top. I mean who actually acts like that. I kept rolling my eyes and wishing it would stop especially when tough guy Mercer joined in.

So needless to say I did not enjoy Mercer and Brinley at the beginning of their relationship. It was too corny and over the top for me. Now add in danger from Mercer’s boss, a mysterious man that Mercer knows from his past and battle scenes that I enjoyed and I was happy.

The Vault was fascinating. I was floored because it was not what I thought it was going to be. So I was pleasantly surprised. Well written story that I only enjoyed a portion of.

O.k. read. Sorry but Brinley and Mercer’s beginning ruined it for me.