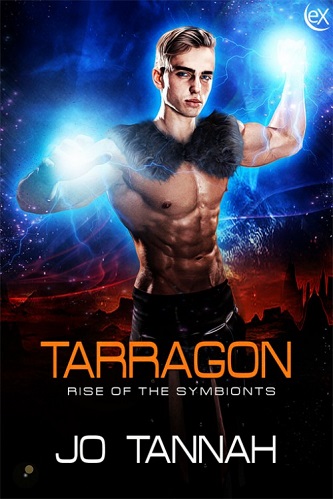 Series: Rise of the Symbionts 04

Blurb: Embracing magic was only the first step.

Before Kallen, there was Tarragon. Oryon history sees him as the first and greatest of all technomage kings. What history has forgotten, however, is that he was also the very first to partner with a symbiont.

Tarragon altered the face of Oryon’s history when he fully embraced magic and emerged as the first ever technomage king.

At the age of eighteen, Tarragon became clan king by default. Seven years later, with the help of the scorned magicians, Tarragon defeated the Zaruthra and Caprici clans. Not only had he been almost unbeatable on the field of battle, but his political leadership and emerging talent as a mage were evidenced by the fact that his empire would live on for a long time, even after his death, through his children because of the infrastructure and policies he put in place. He took advantage of a more advanced technology but also showed brutality in the execution of his opposition’s leaders. Surrounded by deadly rivals that were intent on eradicating his family, as the last surviving heir, Tarragon, needed to learn how to control his magic and how to fight. Survival was not easy, and if it meant getting involved in a dangerous secret, so be it.

Review: Tarragon is a young man in the middle of a war that took his family in brutal ways. He’s determined not to end the same as his family did against his enemies. Along the way he discovers who and what he is.

I loved this story. It was intriguing reading about Tarragon and all that transpired to make him what he became. There are are many twists and turns as well as revelations that lend a greater understanding as the book progressed.