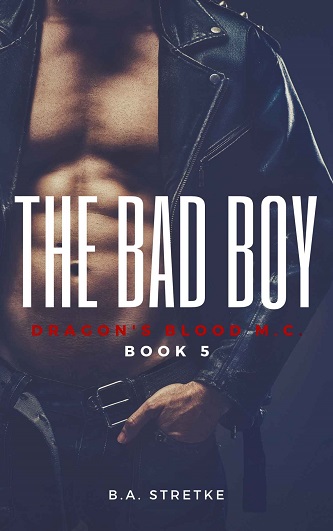 Blurb: Cameron Hayes doesn’t like people. He tried the whole friend thing years ago and all it did was destroy his life. Since then he has thrown himself into school and is ready to graduate with his masters, years ahead of schedule. When all you have is school and work, you know where you stand, and you don’t get hurt again. When an acquaintance forces him to go to a warehouse party with her, Cameron finds himself in his own personal hell. He’s stuck in the line for the bathroom listening to someone have sex. When the two men emerge, Cameron is disgusted by the talk, dark, and handsome bad boy biker working the crowd. When the biker shows an interest in Cameron, he makes it clear that he wants nothing the biker has to give. Inexplicably though, Cameron cannot get the biker off his mind. Bryn Keith is a name that will just not leave his thoughts. When Bryn keeps pursuing, Cameron knows he should push him away, but can feel himself getting pulled in. Danger and secrets large enough to destroy everything are lurking around the edges of this love story. Can these two opposites find a way to make it work?

Bryn Keith was tired of waiting for his mate to come. He watched as his clan one by one found their fate-destined love and yet he was still left empty-handed. Bryn decides to throw caution to the wind and live each day like it’s his last. He is hell-bent on sampling all the sexual delights Laramie has to offer. That is all well and good until his exhibitionist side puts him on a collision course with tawdry bathroom sex at a warehouse party. He realizes to his horror that his mate has witnessed the entire spectacle and is now repulsed by the sight of him. How can Bryn win over his mate and not lose his one and only chance at a forever love? Bryn needs to show his real self, the kind and devoted man that lies beneath his bad boy persona or he is at risk of losing everything and failing his quest.

Review: Bryn has waited for his mate for a long time and now decides he’s wanting to spread his wild oats. His friends caution him to being careful because you never know when your mate will show up. Bryn throws caution to the wind and at a party has sex with someone in the bathroom.

They are loud and obnoxious when they are through they realize they have an audience at the door.
This is where Bryn sees his mate. Things do not go as planned as Bryn realizes he will have to work to get Cameron to see that he is not the person who Cameron thinks he is.