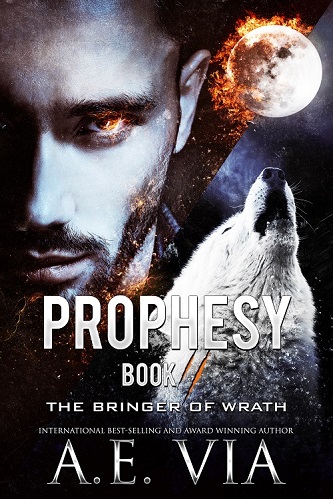 Series: The King and Alpha 02

Blurb: Alek’s older brother, Justice—the Alpha Zenith—was the first shifter to mate with a vampire in many generations, and it was believed the rare, fated pairing would stop at him. But, it hadn’t. Aleksei ‘Alek’ Volkov was second beta, next in succession to the most powerful shifter in the world. He was proud of his title and he took his duties seriously. It was all he had. Until his true mate literally showed up on his doorstep.

While his brother—the overachiever—excelled at having a vampire as a mate, Alek wasn’t that optimistic he would. He wasn’t averse to love, and he’d often thought of how different his life could’ve turned out if he’d ever experienced the emotion. His life was a mess and he’d worn a mask of stability for a majority of that time, only showing his siblings and pack what they needed to see—a strong Volkov alpha. Not the damaged man he was, with a tortured soul and a rogue wolf.

Alek dropped his heavy head in his hands. Now, for some reason, I’ve been granted a true vampire mate. And not just any vampire. The intimidating Belleron Liatos. Lord High to the King and the leader of his army.

Belleron ‘Bell’ Liatos had come to the states for one reason—his best friend and Vampire King, Chadwick Bentley. He certainly didn’t come to be pounced on by a wolf that could act independently of its master. Not only was his destined cherished a complicated and confused man; but he was also unaware of the powerful presence that lurked in the shadows of his soul. Bell didn’t know he’d be the key to unlocking an exceptional triad that would play a critical role in fulfilling the prophesy.

This story DOES NOT contain or even mention MPREG.
No multiple pairings. No cliffhangers. Ends with a very HFN.

Warning: This book is M/M paranormal: If you DO NOT like alpha men shifting into large wolves, or vampires feeding from their destined beloveds, than this may not be the novel for you.

Review: This story picks up where the last one leaves off. I loved this story about Bell and Alex. The struggles they go through are tense at times. I was intrigued by Alek’s other halves that reside inside him especially Wrath. Though at times this story seems to slow way down and repeat itself I still loved the way it moved forward eventually.

Bell was perfect for Alek though at times his attitude irritated me. Given that these two are mates it was to be expected that everything would not be sunshine and roses between them. Alek’s three entities are at odds with each other which causes a problem. Eventually they learn to work together instead of against each other.

All in all it was an enjoyable read with drama, action and some tense moments. Add that all together and you get an amazing addition to the series at a whole.