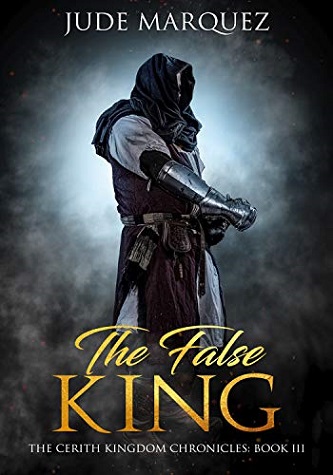 Blurb: With a missing king and his inexperienced husband leading the Cerith Kingdom, chaos reins.

It has been four months since Evander’s disappearance and even with the help of trusted allies, Alyx feels like at every turn he is tested and fails. There has been no word since Evander’s kidnapping and with every passing day, the kingdom grows restless, enemies approach their borders, and Alyx only waits for the whole thing to come down.

And it will be all his fault.

Far north, Evander faces an enemy he did not expect. Alone, beaten, starved, he can only wait for his rescue, but as more time passes, Evander fears the worst:
They think him dead and Alyx has moved on.

With war looming and his allies becoming fewer and fewer, will Alyx choose to search for Evander? Or will he find it in himself to stand up and fight for his kingdom, in Evander’s name?

This is the third book in The Cerith Kingdom Chronicles and concludes Alyx and Evander’s story. It is necessary to read the previous two books to understand this book.

Review: Alyx is consumed by grief and despair but tries to continue on lost in his own world. With the help from their allies the search continues. The person who kidnapped Evander was a surprise to me. This person is cold and calculating and wants the throne for himself.

I loved this story. It had everything and more. I must admit I am still curious as to who Cor was but after having read the first book of the new series I think I might know.

Fantastic read and ending to a series.