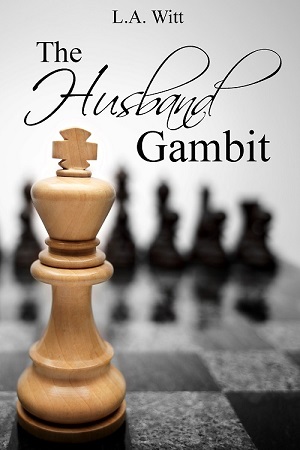 Blurb: Marry me for 1 year. Payment: $1.2 million. Hayden Somerset is convinced the ad is a joke, but he responds anyway because, hello, $1.2 million. He’s broke, living in a tiny apartment with two roommates, and exhausted from praying his ancient car survives just one more week. His skyrocketing rent and crushing student loans aren’t helping either. At this point, there isn’t much Hayden wouldn’t do for that kind of cash. The ad isn’t a joke. Jesse Ambrose is absolutely serious. His father, the charismatic patriarch of a powerful Hollywood dynasty, has his eye on politics, and he’s counting on California’s liberals and progressives to elect him. But Jesse knows what his father believes when cameras and voters aren’t around. As the election looms, he’ll do anything to force the man’s hand and show the public who Isaac Ambrose really is.Anything, including marrying a stranger so his father will make good on his promise to disown Jesse if he ever takes a husband.Now he just has to wait for his father to take the bait… and try not to accidentally fall in love with his fake husband.

Review:  I wasn’t really sure what to expect with this book. I mean, it looked interesting and the blurb kinda had me thinking of those ridiculous MF Mills and Boon romances. Luckily, I’m a complete sucker for those types of books, so I was ready to give it a go. Even with my limited knowledge of the author, LA Witt. I know of Witt’s work but to be brutally honest, I think I’ve read a book or two that I have absolutely no recollection of. I mean, the books are in my collection, I just really don’t remember them whatsoever.

I was pleasantly surprised by the book. Just as the blurb says, Hayden Somerset is desperate dangerously close to running out of money, just as his two roommates/best friends are. In a desperate attempt to raise some funds, he responds to what could be the most ridiculous personal ad ever published if it is sincere, but it seems much more likely it is some weird sexual predator or serial killer would post an ad stating that a man is willing to pay over a million dollars for a husband. I like the fact that this book doesn’t pull any punches before letting us suspend our disbelief and fall in love with the guy posting the ad!

The man posting the ad is Jesse Ambrose. He comes from Hollywood royalty but his father has some major political aspirations. Being California, his father needs to look very liberal because the simple fact is the old man is quite conservative. Jesse wants to draw out his father and expose him for the liar he is by marrying a man – something that his father has threatened to disown him for. It’s one thing for Jesse to be gay, but he is forbidden to marry a man.

However, another point that I really liked about this this book, normally, this type of book tends to be written as an insta-love kind of book. The blurb presents a fairly simple story line, which had me worried because it was quite long and so could also be quite boring. It was certainly light hearted, like most of this type/theme, but there was a lot more. Jesse and Hayden are really complex characters. I don’t want to go into any of those little personal stories that make the men who they are, that is the most important part of this novel, but I really enjoyed getting to know these guys, what motivates them and finding out who they really are on the inside. I enjoyed that love developed slowly.

This was a totally enjoyable read. This is the type of book that would appeal to people who like a bit of glitz and glamour with a dash of family drama. Even if the family drama is acted out on the national political and social stage. The story has a lot of heart, with one man trying to do something right in the most unconventional way, while two men fight not to fall in love because true love isn’t in either man’s plan.