Hi guys! We have Isabelle Adler stopping by today with the beautiful cover for her upcoming release The Wolf and the Sparrow, so check out the post and enjoy! ❤️ ~Pixie~ 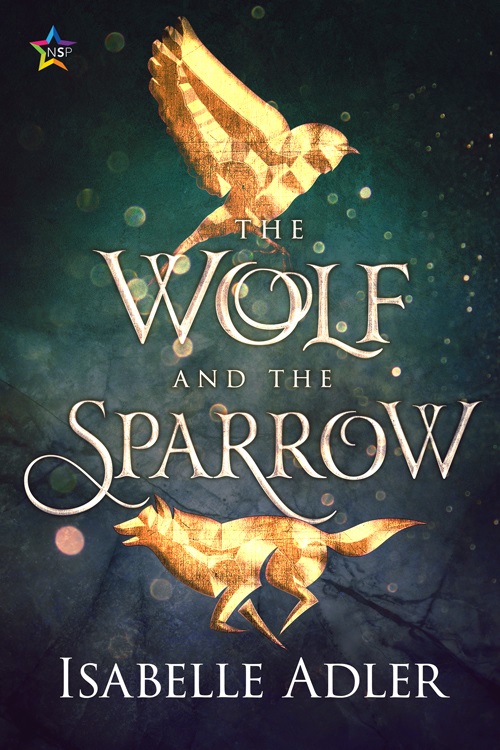 The Wolf and the Sparrow

Derek never wished to inherit his title as a result of a bloody battle. With the old count dead and the truce dependent on his marriage to the rival duke’s son, Derek has no choice but to agree to the victor’s terms in order to bring peace to his homeland. When he learns of the sinister rumors surrounding his intended groom, Derek begins to have doubts—but there can be no turning back from saying I do.

After the death of his wife, Callan of Mulberny never expected to be forced into another political marriage—especially not to someone like the new Count of Camria. Seemingly soft and meek, it’s only fitting that Derek’s family crest is a flighty sparrow, worthy of nothing but contempt.

Another war with the seafaring people of the Outer Isles looms on the horizon, and the reluctant newlyweds must team together to protect those caught in the circle of violence. Derek and Callan slowly learn to let go of their prejudices, but as they find themselves enmeshed in intrigue fueled by dark secrets and revenge, their tentative bond is all that keeps their world—and their lives—from plunging into chaos.

A voracious reader from the age of five, Isabelle Adler has always dreamed of one day putting her own stories into writing. She loves traveling, art, and science, and finds inspiration in all of these. Her favorite genres include sci-fi, fantasy, and historical adventure. She also firmly believes in the unlimited powers of imagination and caffeine.