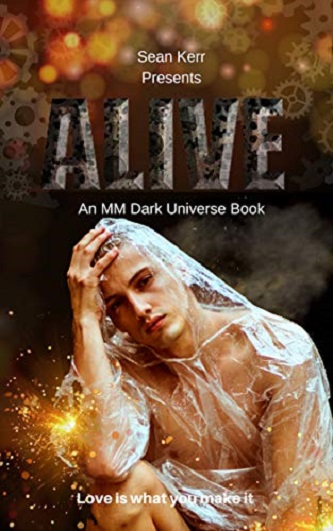 Blurb: James has seen some big changes in his life of late. First, he was dealing with a debilitating illness, the consequence of which would leave him scarred for life. Then he split up from his girlfriend, who also happened to be his boss. To top things off, he fell for his doctor, a certain Jack Thesiger, a man destined to change the course of his life forever.

When a series of strange manuscripts fall into James’s possession, he finds himself drawn into an enchanting love story two hundred years in the making. It is the story of two young men who fall hopelessly in love, but as James sinks deeper into their tale, his growing obsession takes on a sinister dimension.

Someone is following him, a tall ominous stranger who seems to be connected to the manuscripts somehow. No matter where James goes, the stranger is never far behind, haunting his every waking moment until James starts to doubt his own sanity.

As illness once again ravages his body, Jack decides to take James away to Scotland so they can spend some quiet time together. It is there where the mystery really intensifies, and James finds himself plunged into a living nightmare where nothing is as it seems.

You know what they say when it comes to relationships. Love is what you make it..

Review: I have read a lot of books in my life and I have to say this is one of the best books I’ve read in it’s genre in a long time. It is difficult for me to write this review as I do not want to give anything away. There are so many things that happened throughout this story that had me on the edge of my seat in suspense.

I loved reading about Victor and Henry, though their story was heartbreaking and shocking in it’s intensity. The author did an excellent job of blending James and Jack’s story with Victor’s and Henry’s to the point that I honestly did not figure out what was going on until it was almost at the end.

James I really felt for as he suffered greatly as well as Henry. My heart broke for what they had both endured. I am still reeling from the ending as it was masterfully written and I so loved everything about the book.

I highly recommend this story to all. It has deceit, betrayal, love, romance and a plot that rivals a Stephen King novel.