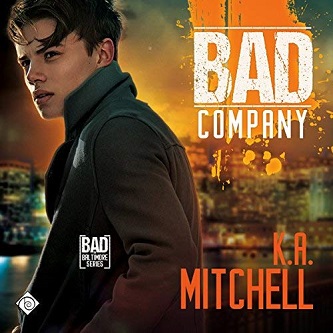 Blurb: Some things are sweeter than revenge.

“I need a boyfriend.”

Hearing those words from his very straight, very ex-best friend doesn’t put Nate in a helpful mood. Not only did Kellan Brooks’s father destroy Nate’s family in his quest for power, but Kel-lan broke Nate’s heart back in high school. Nate thought he could trust his best friend with the revelation that he might be gay, only to find out he was horribly wrong and become the laugh-ingstock of the whole school. Kellan must be truly desperate if he’s turning to Nate now.

Kellan’s through letting his father run his life, and he wants to make the man pay for cutting him off. What better way to stick it to the bigot than to come out as gay himself—especially with the son of the very man his father crushed on his quest for money and power. Kellan can’t blame Nate for wanting nothing to do with him, though. Kellan will have to convince him to play along, but it’s even harder to convince himself that the heat between them is only an act….

Review: Bad Company is the first book in KA Mitchell’s series Bad in Baltimore. I’ve not read anything in the past by Mitchell but I was nonetheless intrigued reading the blurb and I was happy to become invested in a new series. For that matter, Chet Daniels as the narrator of the audiobook was also a new experience for me, so I really went into this one blind.

I’m going to explain those comments before I go into discussing the story. Basically, there are a lot of sex scenes in this book that go on for long chapters. If that’s you’re thing, this is probably going to be one hot read. However, for me, it’s not really my thing, so while I enjoyed the story for the most part the sex scenes popping up (especially at points where I wanted the plot to move forward) were annoying at times.

As for the story itself, we follow the romance between Kellan and Nate. Kellan and Nate were best friends once upon a time when they were kids, but Kellan’s uber rich father destroyed Nate’s father’s livelihood and stole his idea/patent, which was compounded by the fact that Kellan never stood up for Nate in high school when he was bullied for being gay.

Now that they are adults, Kellan is a rich boy and more than a tad arrogant and selfish. His father is an arsehole and the two butt heads, ending in Kellan with no money, no car and no place to live. He is homeless. All Kellan wants is revenge on his father, who also does not approve of Kellan being gay. So Kellan throws himself at the mercy of his ex-best friend, who is now a successful newspaper editor and the two concoct a plan that will allow Nate to do an expose on Kellan’s father, and Kellan can get his revenge on his father.

I had trouble with the storyline, because it was hard to suspend my disbelief to believe that this hare-brained scheme would work in any world. Kellan was also a difficult character to warm up to, and in some respects so was Nate. They’re both contrary sort of blokes but they did have a chemistry that made their romance work. Nonetheless, I enjoyed the audio enough that I am willing to go on and give the rest of the series a go. It’s not uncommon that a narrator will allow me to enjoy a book that I normally wouldn’t be able to finish if I read it.

I recommend this book to people that like 1) lots of sex, and, 2) friends-to-enemies-to-lovers type scenario (which was honestly the draw for me).