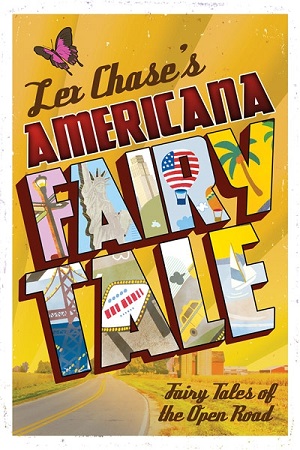 Series: Screw Up Princess and Skillful Huntsman Trilogy: Book One / A Fairy Tales of the Open Road Novel

For two years, Taylor and Corentin live their Happily Ever After. But Corentin is cursed to lose his memory every seven days, including his life with Taylor—a painful reminder that he can’t provide for the man he loves. Taylor insists Corentin has the strength to succeed, and when Taylor discovers a way to break the curse, he is more than willing to pay the cost.

When an enchanted blizzard devastates Corentin’s hometown of New Orleans, Taylor is convinced Atticus is to blame and grows desperate to find him amid the Big Easy turned frozen wasteland. Corentin believes Taylor is chasing a ghost while he chases the ghosts of his own past. Old tensions scratch open scars, leaving both to wonder if they have each other’s best interests at heart. The clock is ticking until Corentin loses his memory and the rabbit hole goes so deep they may never come out.

Review: This is the first book in this series but I would say you could read it separately. Now to be truthful I really did not really care for this book. It gives you a new level on the old fairy tales you grew up on. However the story itself was well written with quite a bit of detail, which is not saying the pace was right on. It seemed to go in all directions and I lost interest in the story before the second chapter.

Now this should have been a reason not to grab the book, because fairy tells creep me out. I don’t have the same beliefs as many though. So I can see others falling in love with them. It has so many twists and turns that will keep you on the edge of your seat though.

Although I am not sure how to write the review without giving too much away. Taylor is the princess who doesn’t seem to have the curse where as his brother Atticus is pretty much Sleeping Beauty. They need their rescuer but it doesn’t work out the way it should. Nothing ever does. In fact Taylor and Corentin are at each other, but not in a good way, from the start. Then there is Corentin’s curse to get over. Taylor also has to save his brothers ass.

Now even I have to admit that this story was funny as hell. I have never laughed so hard in my life. It even had a lot of action, which did the opposite for me, it made the book dull in that part. I wasn’t too sure what to feel in the end. I was in fact bored quite a bit also. It was a mixture of feelings in the story.

It was a quirky and goofy story that should capture ones attention and be able to keep it. However it didn’t do that for me. It didn’t give me what I wanted from the book.

The book starts out at a pretty good pace then it hits a snag. I am not really sure how to put it, but right when you are getting to the good part, then wham nothing. Not that the story stopped telling but it just went downhill for me. I had wished that my feelings had changed with the story though. It has a great bit of potential though. I would recommend it because as I see it just because it didn’t do it for me, doesn’t mean that another would not love it.