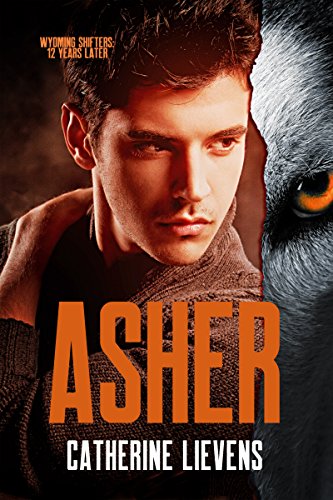 Blurb: Some things are not meant to stay hidden.

Asher has known Terry was his mate for years. They grew up together, and he kept his secret for fear of losing both his best friend and the only family he had after his aunt died. Besides, Terry is straight, and he has a girlfriend.

When Terry’s girlfriend dumps him, he goes home to his father—and Asher. He knows they’ll both take care of him, even though he’s not hurting as much as he should be. How can he when he’s been in love with Asher for more than ten years?

Asher is tasked to take a drunken Terry back home, and he makes the mistake of telling him they’re mates, thinking he’s sleeping and won’t even hear it. But Terry does, and he confronts Asher the next morning, angry and hurt.

Will Terry be able to get over those feelings and finally have Asher in his life as his mate?

Review: Each book in the Wyoming Shifters: 12 Years Later collection features a different romantic couple. To enjoy the overall story arc and crossover characters, I would recommend reading the series in sequential order. This series is connected to the Whitedell Pride and Gillham Pack series.

That is one of the best things about this author, the characters are so different from one another. You not only get your wolves and felines, but so many other types as well. I came across Catherine’s books when she wrote her first book for Whitedell Pride series. I fell in love with the characters right from the start. And now we get the children’s love story twelve years in the future. They have grown up and boy can you see it. Asher knew his best friend Terry was his mate when they were still kids. Fear of loosing him, he never said a word. Then when he lost his mother, and Terry started dating girls, well he just kept his mouth shut. Secrets never stay secret for to long though.

Terry has broken up with his girl friend and needs to go home to unwind. When he was a kid, he hated the life they were living. His mother was gone, and his human father was a shifters mate. Not only a shifter but a man at that. Boy did he give them hell. Time changes things slowly though. His best friend was a wolf shifter and he loved him. So Terry was keeping secrets as well. These two just need to figure it out, and boy do they ever.

A little bit of danger added in and this story just rocked perfectly. I loved the excitement, danger, lust and story line. It is going to make a great start to a new series and I can not wait to get my hands on the next story. I do love when an author gives us a look into the future with the kids. Gives a new start to life better I would say. I had a lot of fun with this and would definitely recommend it.