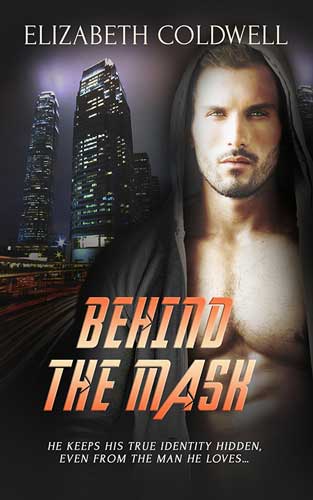 Title: Behind The Mask

Blurb: He keeps his true identity hidden, even from the man he loves…

Twenty years ago, superheroes were outlawed by the mayor of Mokum City. Christopher Chase has grown up knowing that he has all the strength and speed of Sprint, his superhero father, who died attempting to save the mayor’s niece from being kidnapped. But, unlike his father, he is unable to fulfill his destiny and become a masked crimefighter. Even Christopher’s boyfriend, bar owner Johnny Brennan, doesn’t know Christopher’s true identity.

A chance encounter with a purse snatcher in the city cemetery gives Christopher a taste of what it’s like to use his powers for good. And when Johnny becomes caught up in a hostage situation, Christopher can no longer stand by. Even if it means losing his own life, he must pull on the costume of Sprint to save the man he loves.

Review: Christopher father was a super hero that lost his life.  Then the mayor decided all superhero’s needed to be outlawed.  The problem was Christopher had inherited his father’s abilities.  Then the test came when the man he loved was in danger.

This story had a lot of potential that was not used.  It is way too short and just gives you a taste of what it could be like.  Unanswered questions were all that was left for me.  It is an enjoyable story but felt rushed to me.  Also I noticed in the blurb that his boyfriends name is Johnny, but in the story it is Jimmy so I am guessing some editorial needs to be done just a bit.  Other than my issues with the story, I will admit that it is a fun little read.  I can’t see myself reading it more than once though, which is a shame.

I hope this author turns this book into a novel or novella with more to it.