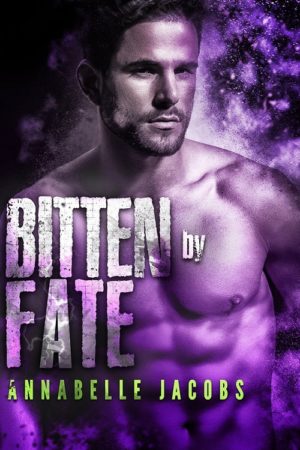 Blurb: Daryl plays with fire and gets burned by fate…

Former Primrose Pack member Jason Black happily accepted his role as beta in the new Regent’s Hill pack, knowing that merging the two was the best decision for everyone involved. Daryl Easton is loyal and honest but wary of change. The joining of the two packs wasn’t his preferred outcome, and he’s struggling to see all the newcomers as pack, including those now working alongside him.

When the alpha council proposes a two-week pack-building course to help improve troubled relationships, Jason and Daryl are sent along as backup. It soon becomes clear that the unit members and their betas won’t be the only ones taking part in tasks—Daryl and Jason will have challenges of their own to complete.

With the full moon adding to the rising tension, emotions are volatile, and tempers flare among the unit members. Jason and Daryl become closer than either of them expected, but with such opposing views on relationships, a messy outcome seems inevitable unless Daryl can let go of the past.

Review: Each Book in the Regent’s Park pack features a new romantic couple. To enjoy the overall story arc and crossover characters, I would recommend reading the series in sequential order.

Their pack has been through much heartache but it is trying to go forward. That is if they could get them all to just get along. So with the help of the council it looks like they are going to try bonding through many tasks. Daryl and Jason are both beta’s but there is just a hint of attraction between them both. Things heat up.

However Daryl never wants a relationship and a mate bound is out of the plan right off the bat. However it would seem their hearts are not in agreement and Daryl really needs to communicate better. However there is always at least one person that has issues with the pact bonding, but you must read to find out.

Heat level between these two are smoking hot and they are just about to get burned with it. The attraction is so right there in your face but damn if the boys don’t need a good smack upside the head, especially Daryl. As for the story itself well I did notice some grammar or spelling issues with it but it didn’t take away from the story as one would expect. It has some danger, excitement, adventure, kick ass moves and some hot sexy times in this story, plus a bit more.

I found that in the beginning I wasn’t as caught up in it as I should have been but once it starts moving a bit more I truly enjoyed reading it. I liked the guys but I must say that Jason will be my favorite in this story. I can’t say that this is one of my favorite but it is high up there especially the humor that I found in it.

I had a blast reading it and can’t wait to see what happens in the next story.