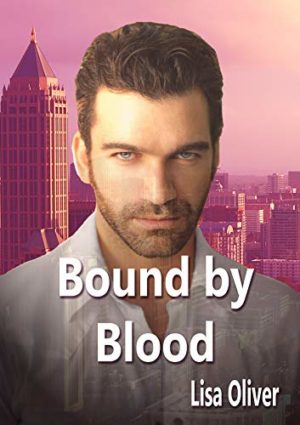 Blurb: Maximillian “Max” Lipovsky has been Regent of the Atlanta coven for the past six months. His days are full of meetings and paperwork as he does his best to straighten out the mess left during the disastrous reign of Vadim’s brother Ermine. With Vadim now happily living in Cloverleah with his mate Josh, it’s up to Max to keep his friend’s coven happy and safe. Easier said than done. When it is pointed out to him it’d been more than six months since he’d fed from a willing donor, Max decides a night out is exactly what’s needed.

Lyle Roberts is tired of being scared, tiny, and alone. But mostly he’s tired. When a tall, strong man with flashing red eyes stops him getting beaten up in an alley, he thought he might have found a momentary reprieve from his rotten life. Finding out the man was a vampire, something he’d only seen in movies, Lyle decides to take a chance and asks the man to remove his curse. Only, it turns out Lyle isn’t cursed after all – unless you consider having a workaholic mate as a curse.

Lyle’s arrival at the coven seems to have brought out the worst in people. As soon as one threat’s dealt with, another one rears its ugly head. With the Alpha of the Atlanta pack pushing for a meeting, and vampires turning rogue within the coven itself, Max has his hands full. The only problem is, with his hands full, he doesn’t have anything to hold his beloved with. Will Max and Lyle ever find their HEA or will the mating curse strike its cruelest blow of all?

Review: This story can be read as a standalone however I would suggest reading the Cloverleah Pack collection first, as this story is a spinoff of that collection.

Lyle is a small white house cat shifter and has no clue how he was one. He always thought that he had been cursed. His step-father had considered him as an abomination and was going to go to hell. His mother never said a word against the man. He had been kicked out and only survived by food in the garbage or some good stranger giving him scraps. It wasn’t until a vampire found him that he learned the truth. Boy is he in for a shock.

Max has taken over the coven when his friend and leader left after mating a shifter. His damn coven was so far in the dark ages that I am surprised they knew how to write. He wanted to change it but never got around to it. Then finding his beloved in the middle of a cat fight, soon changes his mind.

Action packed, danger filled, idiot’s for coven members, hot sexy times and excitement are just a bit of what you get in this story. It definitely kept my attention from the start and I can guarantee that it will be read more than once. The characters were a blast and lets face it Lyle is my favorite. He is feisty and smarter than you would think at first. There a re a few surprises in this that will have you laughing.

I had a blast reading this and I do hope that there will be more stories involving this coven. It was funny as hell and I can’t wait to get my hands on Lisa Oliver’s next book.