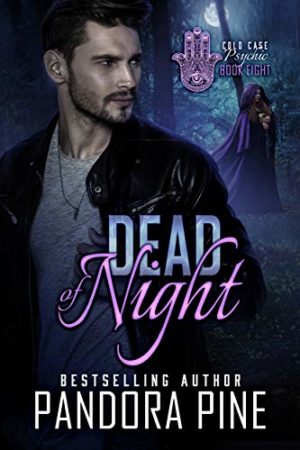 Blurb: No one is more surprised than Cold Case Detective, Ronan O’Mara when he answers his doorbell one night to see members of Salem’s Wiccan community standing on his doorstep with an unbelievable story to tell. According to them, members of their coven are being murdered in a modern-day witch hunt and they want Ronan to look into the matter for them.

Psychic, Tennyson Grimm is skeptical of the witches’ claims. After the initial investigation turns up ordinary deaths in car accidents, house fires, and by suicide, Ten feels that the witches’ suspicions, are just that: suspicions. His sixth sense is not giving him any clues that these are anything but untimely and tragic deaths.

When another witch dies mysteriously, Ronan turns up the heat on the Salem Police Department to investigate and finds himself in an unusual position: in hot water with Fitzgibbon and his husband. Suspended from the Boston Police Department and abandoned by his family and friends, Ronan goes rogue, conducting the investigation on his own.

Uncovering an insidious plot with roots reaching back to the Salem Witch Trials, Ronan must battle a force so evil, it has managed to stay hidden for centuries. Without the power of his badge or the backing of Tennyson, does Ronan have the strength to survive something that hunts in the dead of night?

Review: After several witches contact him concerning mysterious deaths Ronan takes it upon himself to solve the case. Tennyson does not believe they are murders given the circumstances of the deaths. This causes a rift between Tennyson and Ronan.

I loved the way the story flowed and the history aspect that spanned back to Salem witch era. It was fascinating the way the case evolved and revelations revealed that put the guys in several past lives. It was an amazing journey to read.