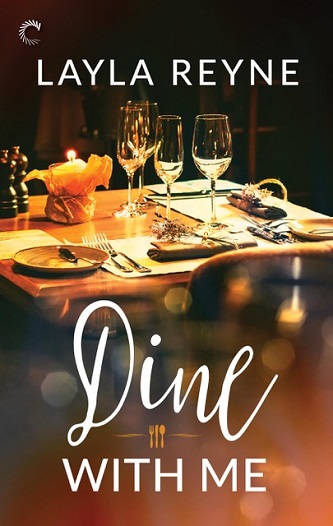 Title: Dine With Me

Dr. Clancy Rhodes has two weeks to come to terms with putting aside oncology to work at his father’s thriving plastic surgery practice. When the opportunity to travel with a Michelin-starred chef presents itself, the foodie in him can’t believe it. It doesn’t hurt that Miller’s rugged good looks are exactly Clancy’s cup of joe.

Review: Miller is a top renowned chef whose career has come to an end with a debilitating illness. He decides to take a tour eating world renowned food before he is affected by illness that will render him unable to taste. Clancy is a doctor who has just finished his residency. His parents give him a gift of travelling with a renowned chef eating delicious foods.

First off let me say I do not usually read contemporary stories. Once I finished this one I remembered why. There was no mystery, suspense or action. The so called romance did not feel real to me. Now I like food not going to lie. But the foods mentioned throughout this book I had no clue as to what they were so I was at a loss. There were a couple of names I recognized but some I would never have eaten myself as they sound gross and have alcohol in them which I do not drink due to it hurting my stomach.

I liked Clancy and Miller’s interactions. It felt more like a friendship than anything else with a side of crush on Clancy’s part. The places they went were awe inspiring and luxurious yet only the rich would ever be able to afford to eat there. This story was well written and progressed beautifully. Sadly, it was not the book for me as I did not enjoy it overall.

With that being said it an o.k. read for me that I’m sure others would love.