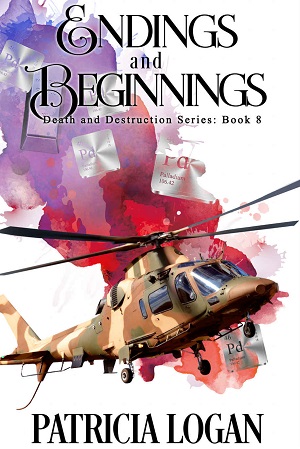 Blurb: Recently married ATF special agents Thayne Wolfe and Jarrett Evans are ready for some normalcy to return to their work in the ATF the way it has at home. They’ve just moved into their new house and neither of them are prepared for their next assignment, being tasked out to the FBI along with the rest of their team. They should know that when a desperate threat to national security is identified, the situation calls for all hands on deck.

FBI special agent Mac McCallahan and his partner, Lincoln Snow, have a new boss and are handed a dangerous case involving rogue military elites, as strong as an army. Someone has plans to take over control of the world’s supply of palladium, crippling the US economy. On top of all that, two of the men on their combined teams admit an attraction to each other which complicates the entire mission.

This time around, ATF Special Agent Nicodemo Devecchio and FBI Special Agent Mac McCallahan are sent in undercover while Thayne and Jarrett are assigned to monitor things from the SCIF… as if Jarrett could easily just sit still and watch… as if. In a monumental undertaking, US security forces here and abroad, have one goal in mind—stopping an enemy intent on taking down their government any way they can.

Join Jarrett, Thayne, and all their friends in the final installment of the Death and Destruction series

Review: Wow. A superb ending though I hope that this is not the end if nothing else I am hoping for another series connected to this one as there are a few things that happen that could be expanded on. Jarrett and Thayne are awesome characters that have been there for each other since the beginning. I love this couple.

This is an action packed, edge of your seat story that just kept getting better the further the story progressed. Once it all ended I was sad that this could possibly be the end.

I loved all the characters throughout as each added their own element to achieve the maximum effect of the story. Well written and descriptive this story will have you anticipating what happens next throughout.

I will be re-reading this series at some point because it’s just that good. I highly recommend this series to all.