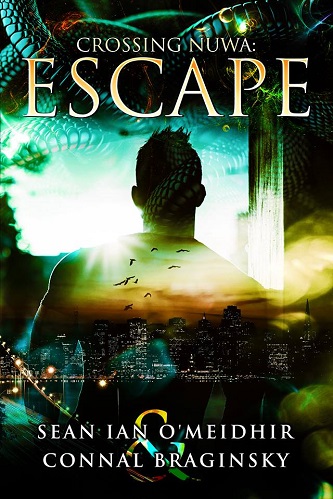 Blurb: For sheltered Robbie, one week of freedom leads to sexual awakening and adventure… but when his world intersects with Theo’s, they’ll need all their wits and Theo’s magic to fight for their future.

Rare male weresnake Robbie has had his whole life decided for him down to his meals. But when the time comes for him to perform an unspeakable duty to his clan, he runs.

San Francisco Pride is in full swing when technomage Theo spots a scared-looking young man with brilliant emerald eyes. He’s only looking for a hookup, but before he knows why, he’s taking Robbie home and introducing him to champagne and enchiladas. He doesn’t have any intention of falling in love.

Robbie doesn’t want to return to his clan, at least not without trying to fit a lifetime of experiences into a week, but every day he stays puts Theo in more danger.

Review: Robbie is a rare snake shifter that his family has plans for despite what he wants. he decides to take some time to himself and escapes. He sets off and meets Theo, a technomage during a pride parade. Theo wants Robbie but decides to back off some due to Robbie’s innocence, The two strike up a friendship until Robbie’s family comes for him.

I liked this story. Robbie had a lot of growing to do and finding himself considering how his family treated him. I liked that he finally took a stand. Theo was not what I expected but he eventually started to change for the better.

An intriguing story full of drama and some tense situations. All in all it was an intriguing book.