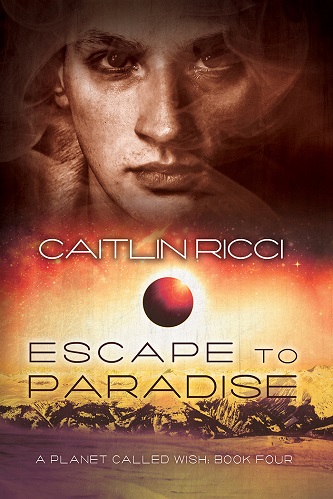 Blurb: His attraction to men means Kalean is the black sheep of his wealthy and powerful family—but it won’t get him out of attending his brother’s pretentious wedding ceremony. Kalean doesn’t want to go, but if his parents insist, he has a stipulation: he’ll be there with a man on his arm.

On the pleasure planet, Wish, Kalean goes to a brothel to meet some potential escorts. But the man who captures his attention isn’t one of those on offer….

Descani is as surprised as anyone at Kalean’s attraction to him—and at his own interest in the young man. He’s even more perplexed as a bond begins forming between them.

But a murder rips apart Kalean’s family and redefines his role. He’ll be isolated on his cold and barren home world, far from the warm and colorful planet of Wish—and the arms of the man who’s coming to mean so much to him—unless he can find a way to escape the forces separating them.

Review: Even though his family is well to do Kalean has no say in his life what so ever. He is demanded to attend his brother wedding so he also demands he be allowed to bring a male partner. Here is where the pleasure brothel comes in at as Kalean goes there to find someone to take with him. He meets Descani and knows he’s the one.

The two have different lives and with family trying to interfere it causes chaos. But the two are determined to be with one another. This is not a monogamous relationship as Descani continues to work and enjoy it. Kalean for his part accepts Descani’s decision to remain working.

There are twists and turns that make for an added element to the story.