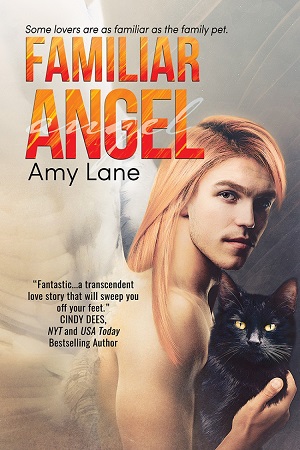 Blurb: One hundred and forty years ago, Harry, Edward, and Francis met an angel, a demon, and a sorceress while escaping imprisonment and worse! They emerged with a new family—and shapeshifting powers beyond their wildest dreams.

Now Harry and his brothers use their sorcery to rescue those enslaved in human trafficking—but Harry’s not doing so well. Pining for Suriel the angel has driven him to take more and more risks until his family desperately asks Suriel for an intervention.

In order for Suriel to escape the bindings of heaven, he needs to be sure enough of his love to fight to be with Harry. Back when they first met, Harry was feral and angry, and he didn’t know enough about love for Suriel to justify that risk. Can Suriel trust in Harry enough now to break his bonds of service for the boy who has loved his Familiar Angel for nearly a century and a half?

Review: Harry and his brothers have a unique bond. They are always helping thse in trouble find a way out of their situations. I found it admirable that these brothers would take on such a huge role.

Suriel, an angel, wants to be with Harry and vice versa but Suriel needs to make sure Harry is for real. I liked the concept of this story and it’s paranormal aspect. However, I found the whole delivery a little lacking. I was confused a lot throughout as I felt as though I missed something but knowing I did not.

Maybe it was just me, who knows. Never the less I did enjoy reading about Harry, his brothers, Suriel and all the other characters that made this book interesting.