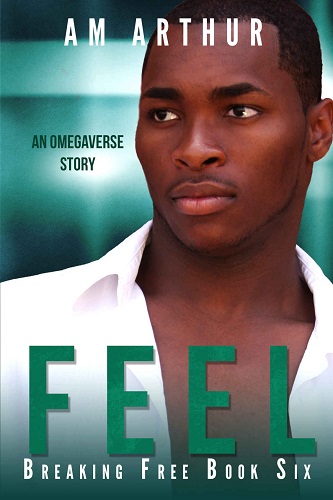 Blurb: Single omegin Brogan Dale is jealous of the loving, stable relationships his omega friends have with their alpha mates. For years, he’s longed to find his own bondmate and create a family, but that hasn’t been in the cards. Just when he’s determined to take the first alpha who’ll provide for himself and his young son Peyton, Brogan scents him across a crowded coffee shop. Too bad his bondmate is the unstable alpha who nearly killed Brogan’s best friend last year.

Mikel Tovey is taking it one day at a time, adjusting to life on his own, away from the oppression and abuse of his cruel sire. All he wants is to complete his probation, make sure his omegin and brothers are safe, and find a way to live with all the mistakes he’s made. When he scents his omega bondmate, Mikel is initially terrified of the older omegin and his adorable toddler. But Brogan is handsome, kind, and Mikel is completely enamored of little Peyton.

With his bondmate in his sights, Brogan does everything in his power to prove Mikel can be a good alpha, a good mate, and a fantastic father to Peyton. But when Brogan’s past comes roaring into his present and puts Peyton’s future at risk, Mikel’s resolve is shaken. He wants to love and support his omega during this crisis, but he doesn’t know how. With Brogan surrounded by friends and chosen family who love him, he doesn’t need Mikel’s insecurities weighing him down, too—but Brogan has found his mate, and he isn’t letting Mikel walk away without a fight.

This time, Brogan has too much to lose…

NOTE: This is a non-shifter Omegaverse story with alpha/omega/beta dynamics, heats, knotting, and mpreg. In this world, omegas are second-class citizens with few civil rights and almost no protections under the law—although times are changing for the better. Trigger warnings for physical, emotional, and sexual abuse. This series is best read in numerical order.

Review: This is Brogan and Mikhail’s story. I liked that the roles were reversed in this addition. We see an alpha who was abused and is unsure of himself after his past actions. Brogan is an omega who survived the fight ring and is the aggressor in this one. Mikhail does everything he can to atone for his mistakes as Brogan add his support and understanding.

It’s not easy for these two as the story progresses but by being there for each other they persevere. More is done about taking down more members of the fight club so that no other omega is taken and abused for the amusement of others.

I really enjoyed the entire book.