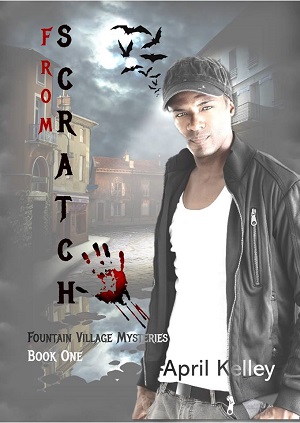 Blurb: Finding a mate is supposed to be one of the most magical moments of a bat shifter’s life. For poor Lake Truman, it’s a disaster. His mate’s rejection would have killed the magic all by itself, but the dead body cinches the whole thing.

Bryson Caill just ended a long-term relationship and moved back to his childhood home. He wants to put the pieces of his life back together before entering another relationship. But what he wants and what he gets are two very different things.

Review: This series is a spin-off of Finding Happy, which is part of the Wingspan series, book two. The events in this book follows the same time line as those in Finding Happy.

Bat shifters are a strange breed. When they first meet their mates it makes the bat shifter blind until they get it on and mate. So when Lake finds his mate he knew what to expect. Lake, his brother and best friend snuck out of their home to go drinking. He had not expected to find his mate before even walking into the building. Nor had he expected his mate to act the way he did.

Bryson is a human raised by bat shifter moms and pretty much knew all that happened with being a bat shifter. He had just moved back home after a disaster of a relationship and had not expected to find out that he is a mate. He was still in love with his ex, or so he thinks. With that going on and the murders it looks like their little town just got a new deputy. Now if only he can figure out his mating.

I have always loved April’s stories ever since she put out her first book. I am amazed at the worlds she creates and the characters just make the book rock. They are quirky and charming, even the humans. You get adventure, danger, excitement and maybe some sexy times in this book and so much more.

I had a blast reading it and can’t wait to get my hands on the next book.