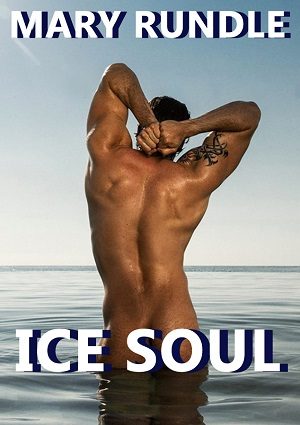 Blurb: Kieran was sold into slavery where he was forced to care for other prisoners held by a shifter trafficking ring. But that changed when a Blackwood brother freed him and the others. Now for the first time in his life, the world beckons and he can plan his future. That is, until he discovers why the Fates brought him to the Blackwood Pack.

Logan, one of the brothers, has become a virtual recluse, spending hours at his design table, unable to shake the horrible memories of his family’s massacre and an unhappy childhood under the fist of his father, a dictatorial and abusive Alpha.

When Kieran appears, Logan is smitten with this pink-loving twink who tries to use his sassy and irrepressible wit to win his heart. After Logan claims Kieran, he finds keeping him is not easy. When both realize Logan can’t give himself completely to his Fated Mate, Kieran takes off but tells no one where.

A frantic search, rejection, dark secrets revealed, ghosts exorcised- these are just some of the obstacles Kieran and Logan must overcome as they embark on a mission of discovery that will make their love for each other stronger. Only then, will these two unique wolves fulfill their destinies decreed by the Fates and gods and prove worthy of the powerful gifts bestowed on them.

This is one of those series that must be read in order. Trust me you will fall in love with these guys.

Logan wants Kieran more than he has wanted any man before. He just doesn’t smell like they are fated mates. His pack seems to be getting bigger as time goes by, but he is happy with the way things are going. However he doesn’t truly show it, growing up his and Jackson’s father was a piece of work. Always blaming everything that goes wrong on Logan. He slowly learned to turn his feelings to ice, never showing how he really felt. That is until Kieran.

Kieran had been sold as a slave to a nasty piece of work. He was a special wolf with a very unique gift. He can calm and help ones feelings with just a touch. He learned how to hide his scent similar to the w ay Logan and their pack does. Things get a bit twisted for these two but well lets just say the book rocks.

I had a blast reading this book even more than the last three. So much so that I can see myself reading this series more than once. Danger, excitement, surprises, adventure and some hot sexy times are just a few things you get in this book. The characters are a blast to read, and lets just say that Kieran and his friends are my favorite so far. Cute and sexy is an understatement. These guys just pull at your heart.

I enjoyed reading this and can’t wait to get my hands on the next book.

This story was a very intense emotional one. Keiran and Logan are both struggling to deal with what happened to them in the past. My heart cried out for the both of them and what they endured. I felt the love between them as they helped one another the best they could.
Keiran and Logan were both strong yet damaged characters. The struggles they faced were unimaginable. Yet they found a way with each other. I love how this series is going so far.

The one thing I never understood was why the brothers kept their powers a secret from each other as well as their mates. It seems to me they would have a much stronger front if they knew what said powers each had and what exactly they could but that’s just me.