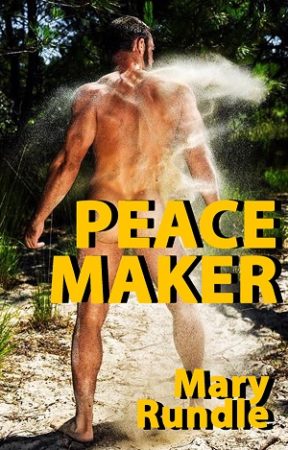 Blurb: Enforcer Dylon Royd worked for the notorious Silver Point Pack until they accused him of disloyalty. Imprisoned and beaten to within an inch of his life, he’s dumped at the side of a road and left for dead. Waking up in the Blackwood Pack’s hospital, he’s shocked to discover his Fated Mate is one of the pack’s members he’d been ordered to kill.

This is one of those series that must be read in order. Trust me you will fall in love with these guys.

Cody had part of his gift when he was a child. First it was like a feeling, then when their pack was killed he was getting visions left and right. He was also getting the pain from them just like he was the one that it was happening to. The thing was when he got a vision he left the place he was on and basically went somewhere else. He was afraid that one day he would not come back from it, somedays he wished it would happen. Then he realized the wolf that they found was his mate. A mate that could help him.

Dylon has known since he was a teenager that his mate would be a seer and that he would need him. He had been caught ratting out the pack he was out, the problem was he had no memory of it. Not that it helped him, it got him beaten almost to death. Then he comes to only to find out the ones who saved him were the ones that he was suppose to kill. And that the pack who ordered the hit, were the same ones that killed Cody’s family and pack.

This has some pretty good surprises in this book. I was pleased at how well this book turned out. Exciting with danger and lots of action are just a bit of what you get in this book. And trust me, you are going to love Dylon’s mom. She is a hoot. This story caught my attention from the start and kept it all the way to the end. It gave me everything I could want in a story and so much more.

I had a blast reading this and look forward to reading the next book.

Cody is struggling with his seer gift as it has intensified. he is on the verge of giving up. Ex enforcer Dylon is badly beaten and on the verge of death when he comes to the Blackwood pack. I enjoyed the meeting between these two. The struggles they each have been through are a testiment to how strong they really are.

The series continues evolve in a great series with each brother being a focus and the gifts explained. I liked the details surrounding the brothers as the come in better focus. Cody and Dylon amazed me with their passion. I loved they helped each other when it was needed.

Love all the twists and turns that seem to just keep coming the further the series goes. I will not be pained in the least when the bad guys finally get whats coming to them. I will revel in the fact they will be no more. I despise them with a passion. The harm they have inflicted was so beyond bad that I have no words to describe it.