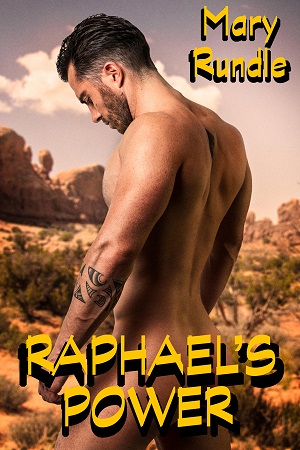 Blurb: Dr. Ian Wallace, a rare Scottish Wolf, has dedicated his life to saving and healing wolf shifters by joining Frontline Doctors. Determined never to take a mate, he avoids relationships and is content to live a nomadic life, taking assignments to wild and remote places. That is, until an old friend asks him for a favor which Ian’s wolf will not let him refuse. Now on his way to the Blackwood Pack compound, his wolf becomes frantic and Ian learns not only that he has a Fated Mate, but that his Fated Mate is in danger.

A kidnapping, slave auction, revelations of long-kept family secrets and a rare, powerful gift from the gods are some of the surprises in store for both of them until they finally find their way into each other’s hearts after discovering neither is who the other thought he was.

Colton and his brothers are the last remaining wolves from their pack. Murdered by an uncle for greed. They were alpha’s who were also omega’s. His brother was given the gift to have a child. Colton had finished over three years for his nursing degree before they had to run. It was the only thing he ever wanted to do, and now he might have the choice. A choice that is the most powerful of gifts to have, now all he had to do is to believe it.

Ian was a doctor and was pretty good at what he did. His whole life he believed that he was a gamma wolf, but it would seem there is some hidden truths in him. He has spent time talking to Colton on the phone but believes that they are mates. He never wanted to mate for fear that it would take away from what he wanted to do. Then Colton is kidnapped and being sold, he would do everything in his powers to save him.

This story was quite a bit better than the first book. It was exciting and danger filled all the way. It also was very unique in more than just one way. The characters just seemed to flow together perfectly, but damn Ian’s wolf is nutty. I love how they are so much closer to their wolves then many shifter stories are.

I found myself entranced with this book and can’t wait to get my hands on the next book to see if it is even better than this one.

I had a lot of fun reading it and would definitely recommend it.

Loved this story about Colton and Ian. We are given more insight to the characters and details are revealed as to the why of things past. I loved that Ian wanted to ride to the rescue when Colton is kidnapped.

Colton struggles with his missed dream of being a nurse and settles for helping animals instead. When Dr, Ian comes in the sparks fly between the two then Colton is kidnapped.

I loved just about everything about this intriguing struggle of good and evil. Twists and turns take the reader on a journey of unimaginable power.

The only thing that confused me was why the dire warning in the first book if there were going to be no consequences? I would have thought kidnapping would be in the category of anything bad happening to the Blackwood pack members still living but that’s me.