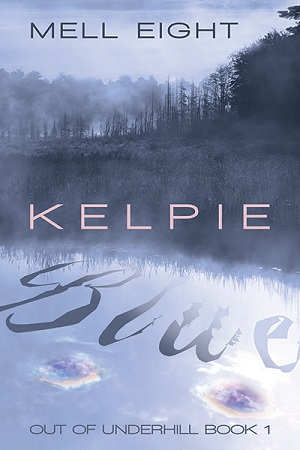 Series: Out of Underhill 01

Blurb: Mama always said, don’t go near the lake. Rin already knew the forest was filled with dark things, but aside from Mama no one had warned him about the lake. One day, Rin wanders off to the lake, where a beautiful blue horse asks him to go for a swim, and Rin learns too late it may not be a swim he survives.

Review: Rin and his mama run a horse farm and one day after an injury leaves him in physical therapy and with braces he meets Blue, a kelpie, at the lake. Blue actually wanted to eat him but something drew Blue to Rin and the two strike up a friendship that slowly blossoms into more.

As the story progresses we learn about Blue’s past and Rin’s Fae heritage though Rin does not meet his father until the end. There are forces at work to unseat the king in the fae world but again this is not gone into at length just it and pieces here and there.