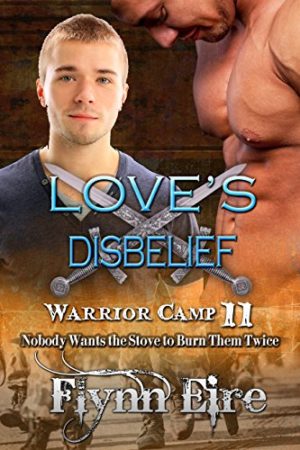 Blurb: When a never before seen zacasacs attack happens to their camp, it’s understandable that fear drowned them. The crazy circumstances even threw Gary into having his transition months before his birthday and blamed by some as the domino that started others to transition as well.
And not all of them survived. Plagued by nightmares, the post-trans spiraled for months. But now that they’re under control, there are months of training to catch up on, or Gary will be another first… First to not pass his warrior test as he should.

Lynx finds the oldest post-trans studying in the lounge once again, working his butt off until the guy falls asleep. What he didn’t expect to find out was the guy was stalking him, begging in his sleep to be in Lynx’s bed. A tempting offer, and one he wants to collect on but mucks all up. Now that the sexy post-trans is on his radar, can he stop being oblivious enough to get him back in his bed, or was it best to leave things a fantasy?

Review: Each book in the Warrior Camp collection features a new romantic couple. To enjoy the overall story arc and crossover characters, I would recommend reading the series in sequential order.

This is the type of series where you really need to read the previous books to keep up. It has been awhile since I read the others, so when I started I knew I had to go read them once more. It can get a bit confusing trying to figure out who is who and what is what. The good thing is the fact that it caught my attention from the start and kept it all the way to the end.

It is a tale that is serious but has humor mixed in, but it also comes with a touch of darkness as well. I read this author when she used another name, but have noticed the difference in each story. The way they are told is what keeps me coming for more. Very unique stories I guess you would say.

Gary has had the hots for Lynx ever since he first saw him. He is now to the point of stalking, but a warrior never stops, so he is in for a big change. To top it off he was blaming himself for setting off the other transitions, all because he had his earlier then suppose to. He blamed himself for it. He takes blaming oneself to a whole new level.

Lynx is one of the oldest warriors there and is pretty much the player of the group. However seeing Gary a sleep does something to him. Especially when the guy starts confessing in his sleep about his stalking and well you get the picture.

It is a very good story that gave me almost everything I could ask for. I do wish for a bit more dangerous action time but it was still a pretty good read. I had a lot of fun with it and cannot wait for the next book.