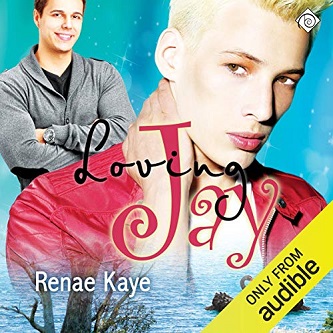 Blurb: One thing Liam Turner knows for sure is that he’s not gay – after all, his father makes it very clear he’ll allow no son of his to be gay. And Liam believes it, until a chance meeting with James “Jay” Bell turns Liam’s world upside-down. Jay is vivacious and unabashedly gay – from the tips of his bleached hair to the ends of his polished nails. With a flair for fashion, overreaction, and an inability to cork his verbal diarrhea, drama queen Jay must have a screw loose.

An accident as a teenager left Liam with a limp and a fear of driving. He can’t play football any-more either, and that makes him feel like less of a man. But that’s no reason to question his sexuality… unless the accident broke something else inside him. When being with Jay causes Liam’s protective instincts to emerge, Liam starts to believe all he’s known in life has been a convenient lie. From intolerance to confrontations, Liam must learn to overcome his fears – and his father – before he can accept his sexuality and truly love Jay.

Review: Loving Jay is the first book in Renae Kaye’s Loving You series.

This is the second or third book that I’ve listened to or read by Kaye, and I feel that I am warming up to her as an author slowly but surely. For me, an Aussie author writing about her own city (which isn’t on the eastern coast) is major plus for me as a South Australian, despite her books being set in Perth, Western Australia (I always appreciate the digs at the SA football teams too). Since we’re not here for a geography lesson, suffice to say that I connect with the very Aussie tone in her writing. So far there’s been a bit of a pattern in her writing where we have at least one main character who doesn’t want to come out of the closet because of his very blokey workplace (lots of miners) or his very manly-man type father. Not that it’s a bad thing, if you like a book with that sort of storyline.

The narration for this series is performed by Dave Gillies. I do like Gillies accent, despite the fact that he is Scottish, it’s a pretty decent Aussie accent. The only thing that I will make a comment on is that sometimes when the accent slipped I found it a bit annoying, but this was only a momentary thing for me. Overall, he does a brilliant job getting the tone and distinct voices of the various characters, because there is a large cast of guys aside from the main couple.

Loving Jay obviously has a guy called Jay (aka Jamie), who shares a mutual attraction to Liam Turner. Liam and Jay see each other every day at the train station on the way to work.

Liam is inexplicably drawn to the very obviously out and proud gay man, and Liam is fighting it. He doesn’t think that he can be gay. An accident when he was younger gave him a limp and leaves him unable to drive anymore, add to this hearing his dad wanting Liam to be a “proper man” (a real proper bloke), following the football (AFL) and all those other things that seem manly, and Liam is too afraid to face his true self. He’s had a couple failed relationships with women too, which doesn’t help his self-esteem.

But then there is Jay, and Jay is energy and light and love and laughter. At first they get to know each other over coffees at the train station. Then they have lunches. Liam is confused by his feelings for Jay, and Jay is strong throughout it all because his heart has already chosen the confused man.

Between Liam’s family, Jay’s really great family and their group of friends, there is a real feel good vibe about this whole book. These are very down to earth characters living a pretty normal life, making them totally relatable. Can’t wait to get to the next book!