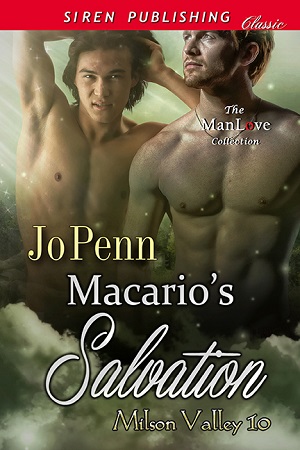 Blurb: Macario Aston would love a holiday, one that took him far from his overprotective, interfering family. He loved them, truly he did, but they wouldn’t accept what was happening.

Whereas Mac had accepted. He was ill. Now he just wanted to get on with living while he had time left, and he wanted his family to face the truth. So Mac was going to enjoy himself by indulging in the things he liked. A holiday would be good, dining out, and massages. Mac loved a good massage. And maybe he’d tell the fae where to stick their training accounts.

The moment masseuse Fale Taucher saw Macario Aston, he knew he’d found his mate. Unfortunately, Fale hadn’t a clue how to let the man know! When Aston’s security caught him hanging around, it gave him the chance to tell Mac, but convincing the man to let Fale claim and bond them may take more time than his human had left.

Review: Another book that I felt disconnected with the characters and as a result did not enjoy. Marcario is sick. He longs for freedom and to seek his own path in life. Fale is a truly sweet guy but, he goes way overboard in his emotions. I felt like I was on a rollercoaster each time he reacted extremely.

They seemed to get off on rocky start on Marcario’s side. But Fale perseveres in the end after many misunderstandings. Along the way these two are in constant danger from those that would do the Ashton’s harm.