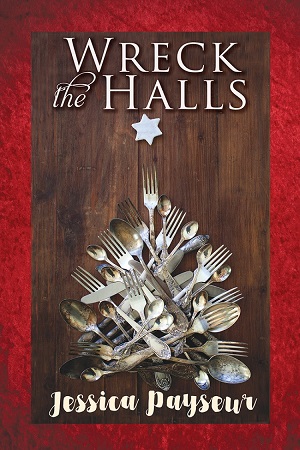 Blurb: Business has been good at Paul’s Café in Madison, Wisconsin—until a few months before Christmas. When Nick opens Nick’s Restaurant next door, Paul watches his customers leave for cheaper food and an owner who smiles more. With his livelihood at stake, Paul lashes out, trying to drive away Nick’s customers, but Nick won’t go easy, and escalating sabotage threatens to ruin the holidays for both of them.

Paul thinks all he wants for Christmas is to see Nick’s Restaurant go under, but the more he tries to drive Nick away, the less he’s sure he wants him to go. Nick is everything Paul secretly craves, but by the time he realizes Nick is all he really wants for the holidays, he might have ruined any chance for them to get together. And there might not be a present in the world that can fix that.

Review: Paul’s cafe has been doing pretty good until Nick’s Restaurant opened up next door. Now Paul started this little feud with him but damn if Nick is going to let it go. However when it starts to get real, well the guys started to feel bad. There is deeper attraction going on and things start to chage real fast.

This was a blast to read and funny as hell. These two sure are perfect for each other. They both have a competitive attitude and both are attracted to each other. I wasn’t to sure about the Christmas part of it, but it soon gave me what I wanted to see.

I would definitely read this again. I would also recommend it and hope that the author gives us more of these two guys.