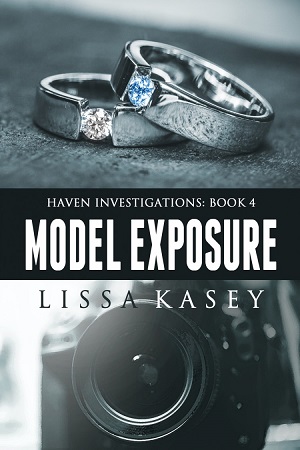 Blurb: After being rescued by Ollie, Kade continues to suffer the aftermath of his ordeal, both physically and psychologically. Not knowing how else to clear his head, he pours his energy into Ollie—the love of his life—and Haven Investigations, but neither Ollie nor Kade can continue to ignore what they learned from their last case: Ollie’s brother, Nathan, might have betrayed Kade.

As they dig into Ollie’s past, secrets are revealed. Was Nathan’s death a suicide? Were Ollie’s parents much more than they seemed? Is someone out to kill Ollie, or is it Kade’s past coming back to haunt them again?

Amidst questions and uncertainties, one thing is clear: after everything they have been through together, Kade and Ollie have never been more in love and they want to get married. But first, they’ll have to deal with the continued threat of Kade’s past, the emotional wounds Kade fears are drowning him, and the possibility that everything Ollie believed about his family was a lie. A beautiful happily ever after awaits them—as long as they can survive long enough to make it to the altar.

Review: With this particular series, you must start with book one. This is the love story of Oliver and Kade, with their ups and downs, pain and heartache, and the danger both are in.

I came across this author when her first book in this series came out, and I have to tell you that I have fallen in love with this whole group. The dangers these men have gone through and where they are today is just about amazing. The characters are really deep and a bit quirky. There are some pretty freaky twists and turns to it as well.

Kade and Oliver have had such a hard past. Oliver is just coming into information about himself and his brother, he had not known existed. And poor Kade is going through what happened to him by his family, and the after affects is major. He thinks he is so weak so he won’t let Oliver in on his sessions with the Doctor, and Oliver thinks, well I can’t really figure out Ollie’s mind yet. He is a very complex young man, but a nice surprise is Kade wants to get married.

To top it off, after Ollie’s stroke, things are a bit hard around the house. Then someone is out to get them still. Things just don’t seem to calm down around these two men. Lies, deception, and so much more are just swarming them. People from the past are showing up, things are just getting deeper and deeper for them.

Now with this story I loved the characters and what is going on. What I didn’t care so much about is all the excess stuff that was added in. This book felt drawn out and very slow paced for me. It felt like the author just threw things in and wished for the best. The characters are so dependent on each other that it just seems strange. Oh the love is there for you to see, but for them to be in the back pocket of each other just felt weird.

You are focused on Kade’s mental breakdown as well as what is happening around him. He slowly looses it, then the author throws in a new reason, which worked pretty good. However it never was answered on how he got the drug into his system. Now the author does give us a happy ending. However most of the story was full of things one would never believe. Also it looks like Nathan didn’t commit suicide, but then they say he did. It never really gets answered, just suggestions. The drama is a bit too much for me, but hey it works I suppose.

Over all it is a very good story, but to me it was just way to much. It has a lot going on, and if you don’t read the previous books you will definitely get left behind.