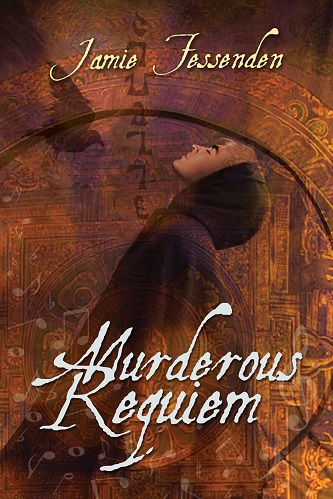 Blurb: Jeremy Spencer never imagined the occult order he and his boyfriend, Bowyn, started as a joke in college would become an international organization with hundreds of followers. Now a professor with expertise in Renaissance music, Jeremy finds himself drawn back into the world of free love and ceremonial magick he’d left behind, and the old jealousies and hurt that separated him from Bowyn eight years ago seem almost insignificant.

Then Jeremy begins to wonder if the centuries-old score he’s been asked to transcribe hides something sinister. With each stanza, local birds flock to the old mansion, a mysterious fog descends upon the grounds, and bats swarm the temple dome. During a séance, the group receives a cryptic warning from the spirit realm. And as the music’s performance draws nearer, Jeremy realizes it may hold the key to incredible power—power somebody is willing to kill for.

Review: Jeremy is drawn back into the occult order he helped found many years ago. With the temptation of transcribing a score of Renaissance music never heard of before, he returns to a world and a lover he left behind. Re-entering a world of free love and occult magick, Jeremy begins to wonder if the score hides a dark purpose and can he really trust some of the people that surround him, when strange events begin to happen.

Well, this story takes you on a journey leading you down a path that many view as suspect and some view as cult. It shows us a side of the occult that many don’t look at; mixing music with magick and that’s where Jeremy comes in. Jeremy is contacted by his old lover, Bowyn, to help transcribe an old score said to be written by Ficino, a Renaissance scholar. A score that has never been published or transcribed before. The temptation is too much and Jeremy is pulled back into a world he walked away from. Jeremy still loves Bowyn and finds it difficult at times to remember why he walked away, but remembers when jealousy starts to creep in. Deciphering the score isn’t all that easy, but as Jeremy starts to piece together the music he discovers that it may not be as benign as he first thought.  and mysterious sinister events point to someone who is determined to perform the ritual at all costs.

I will be the first to hold my hands up and say that some of the details in this book flew over my head no matter how detailed the explanations were. Renaissance music, occult and alchemy might make a great background for a slightly sinister book, but having no grasp for even the basics made it harder to grasp the full details and intent of what the characters were hoping to achieve. But, saying that I still enjoyed this book. It’s very well written and draws you in as the story unfolds.  And it has suspense and mystery woven through, adding a sinister undertone. Although there is a basic relationship between Bowyn and Jeremy and they apparently love each other, they still have sex and fool around with others. I can’t actually say that they get a happily ever after, but it is a happily for them arrangement.

The mystery and suspense are good and leaves a thread of tension throughout the book. There’s death and betrayal, love and hope and occult dealings. I actually think this is an intriguing story that shows a ‘whiter’ or good side to the occult. It has informative information and you can see that the author has done a lot of research.

I will recommend this to those who love mystery and suspense, occult dealings, twists, betrayal, underhand dealings, murder and manipulation and a happy for them ending.