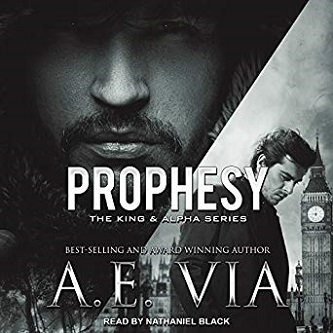 Blurb: Justice Volkov is the youngest Alpha Zenith to ever lead the wolf shifters. Following in his father’s large paw prints was a responsibility he met head on. Now at age thirty-three, he is alpha of the alphas. As a direct descendant of the original Siberian pack, his wolf is bigger and stronger than Justice himself is sometimes able to control.

His wolf howled long and hard but Justice kept it inside. It felt like a bass drum beating against his rib cage. The harsh breaths, angry snarls, and the determined pacing inside him were overtaking him.

Justice takes his role of leadership and his legacy very seriously. He has little time for romance, not to mention a true mate. His packs are his priority. With a human government trying to regulate them, an uprising of rogue shifters, and a violent team of scientists trying to experiment on them, Justice has his hands way too full.

Chadwick ‘Wick’ Bentley is not enthusiastic when the captain of his escort tells him he has to leave his comfortable London home and go back to the States. As the Vampire King, he has no choice but to get his species back in line before they cause any more chaos. At over one hundred years old, Wick is no one to trifle with, but his smooth, charismatic manner makes him quite unique, despite the negative reputation vampires have. Wick has had nothing but time up to this point. He doesn’t feel the need to make issues pressing. Nothing is urgent in his life. Until he meets Justice. His beloved.

‘Natural enemies can’t be mates.’ Or so Justice thought. He knows his skepticism and rejection is hurting his mate, so while he fights their connection, Wick gets help from a source very close to Justice to help him win his beloved’s heart. Wick is a force all on his own, but when he’s blessed with a special gift from the Mother herself, not even Justice’s powerful wolf can prevent the prophesy from being fulfilled.

Review: When I was given A.E. Via’s Prophesy I didn’t know what to expect. I think I may have heard of the author before, but I’ve never read or heard any of their books in the past. However, I do love me a good shifter/vampire romance, and that made me keen to get through this.

The book starts when we meet Justice Volkov, the Alpha Zenith, i.e. the alpha of all alphas, for the wolf shape shifters. He is a powerful man, despite being only in his early thirties, and his wolf is just as powerful and just as formidable as the man. He doesn’t want to be weak and he wants to lead by example, so when it seems that shifters are causing issues, he wants to get straight into action to fix the problem. His wolf is almost uncontrollable when he meets and rejects his true mate. Justice feels like he has a lot of things to do before he can settle down with a mate, let alone his true mate. It just makes it worse in his human mind that his true mate is the king of the vampires. His wolf longs for his mate, even if the human struggles at first.

Chadwick Bentley, aka Wick, is the king of the vampires. He’s over one hundred years old. With the violence between the wolves and the vampires increasing, he is forced to go to America from his home base in England to deal with the situation personally. That is how he meets his beloved, his mate, and things do not go well at first. On top of this, Wick’s always known that he was different, other than being the king of the vampires, but it seems that his mating opens a whole can of worms. These guys have to work together to get their relationship on an even keel, as well as figure out what the heck is happening in the paranormal world and the new dangers arising that they have to deal with as a team.

Justice and Chadwick are a wonderful couple with explosive chemistry. Even though I didn’t know what to expect, I don’t think I expected the great character development of both the guys, despite the true mate situation usually meaning that we are getting an insta-love storyline. But there were plenty of struggles and that was awesome. I feel that also there was a definite difference shown in the age gap between the two men, because Wick showed a lot more maturity and poise than Justice. Although I’m sure if this is meant to be a product of their ages or of their species. Regardless, I liked it because you got to see them both “grow up” in different ways.

The audio performance by Nathaniel Black was sublime. Nathaniel Black does something that many narrators have trouble with, a credible accent for any foreign main character that didn’t take me a good ten minutes to get used of a slightly off accent. Let’s face it, going between American and English accents, as in the case of this book, can be odd. Beyond brilliant accents, Black also provided the perfect tone and timbre required for the tough and violent world of shape shifters and vampires in a world where interspecies relations is on the cusp of something big and catastrophic.

This was a surprisingly awesome read for me. This is great for people that love a shifter romance, although I felt that there is touch more depth, angst and darkness than some of the books out there, it’s definitely one of the better paranormal/shape shifter romances I’ve recently read. Since we already know the couple of the second book, I’m keen to find out what happens there too.