Hi guys! We have H.J. Perry popping in today with her new release Raven, we have a great excerpt so check out the post and enjoy! <3 ~Pixie~ 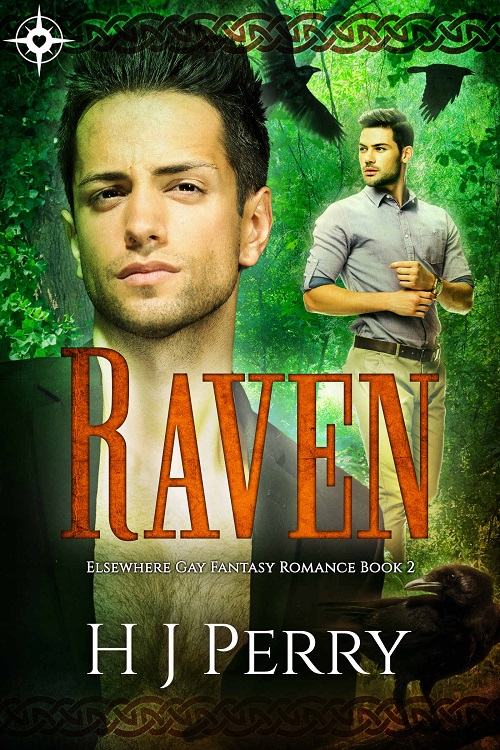 There’s more to life than books.

Antisocial bookworm Caspian hopes to reconnect with nature and find his inner child when he takes on the task of exploring the woods around Beaumont. Or at least he’ll find a new place to curl up with his eReader.

And there’s the Prince of Ravens.

Birds haunt him in the daytime, and a particular man haunts his dreams. The connection is far greater than Caspian can imagine…

Mate, and it’s for life.

From another world, the Raven Prince can take bird or human form, but he takes only one lover. As a human of our land, it’s difficult for Caspian to grasp that soulmates bond for life.

The bedsheets in Caspian’s dream were made of black silk. They covered a mattress so soft, he sank into it as if it were an oversized pillow. He blinked open his eyes and stretched out. Thousands of flickering flames from candles danced in unison, lighting up the room.

A familiar smell hung in the air, almost like rain. He recognized this same scent from something in the forest—what exactly, though, he couldn’t say.

Caspian sat up, supporting himself on his elbows.

The sheets slid across his bare thighs as he shifted his position. He realized then that he was naked.

Even though it felt so real, Caspian knew it was a dream.

He remembered going to bed in the stiflingly hot guest room, underneath a central overhead light and surrounded by huge old wooden furniture. Not a candle in sight. Wearing his cotton pajamas, he’d made the bed up with white sheets. It was so hot that he’d only put on one cotton sheet to go over him. He doubted he’d find black silk or satin anywhere in Dr. Kilpatrick’s house.

Caspian had undoubtedly fallen asleep while reading a book, as was his normal way of dozing off. The eReader, still lying on the bed beside him, had switched to sleep mode when he didn’t ‘turn’ the page.

Sensing eyes on him, Caspian glanced around, his eyes adjusting to the warm flickering light. “Hello?” he called out before actually seeing the man who stood in the shadows at the edge of the room.

Dressed from head to toe in smart black clothes, the stranger had slicked-back black hair, too. The man stood in front of a dark background, which was probably why Caspian didn’t notice him right away.

He saw him now.

Except, he realized that the stranger wasn’t standing, and also wasn’t in the room. Not exactly. In the doorway, he leaned at an angle, a shoulder against the door frame propping him up. There wasn’t a door, as far as Caspian could see, just an opening to something beyond, which lay in darkness.

The tall man cut a striking figure. He was older than Caspian by a few years—likely in his late twenties. His handsome face was classically good looking with strong chiseled features.

“Hello,” he said, taking a step forward into the light. His black hair shone a sleek, iridescent blue. It struck Caspian as familiar, but he couldn’t place from where.

Unafraid, fully aware it was a dream, Caspian kept the sheets modestly over his lap. He wasn’t ashamed of his body or his looks, but even when asleep, he wasn’t an exhibitionist. Well, he only occasionally had those fantasies.

The stranger took another step forward, his gait a confident swagger. His fingers worked at the black buttons of his shirt as he drew nearer. Enticing black chest hair appearing at the top of the shirt, which fell open.

Caspian gulped. “Who are you?”

Reaching the foot of the bed, he paused to kick off his shoes and shook his open shirt free of his slender frame.

Mouth watering, Caspian took in the sight of muscular arms and a torso covered in fine, velvety black hairs. He longed to run his fingers over the hairy chest but didn’t move.

The sure-of-himself stranger ran a pointing finger from his navel suggestively down the length of the thick black treasure trail until he reached the top of his pants. He made short work of unfastening the belt and removing it from the loops before dropping it out of sight.

When the belt snapped free of the loops, the pants dropped a little, clinging to his hips and emphasizing the bulge of his crotch. The bulge seemed to be all that held them up.

When he dropped the belt, the dreamy stranger used a free hand to cup his prominent package, dragging fingers up either side to emphasize its size and shape, and to draw attention to his erection. He didn’t need to, though. It had Caspian’s attention.

With unfathomable skill and dexterity, the man ran his fingers around the silhouette of his cock under the black fabric and undid his fly at the same time. He moved his hips in a small circular motion, and the pants glided down, over his thighs.

It took quite some balls for a guy to perform a private striptease in this way.

Enjoying every moment of the show, Caspian licked his lips, subconsciously attempting to summon moisture back into his dry mouth. All thoughts focused on the now-naked man at the foot of the bed.

Naked and crawling on hands and knees, up the bed.

Overconfident, brazen, and not stopping to check that the man in the bed was happy with this development, although he was.

Caspian drew in a breath but didn’t back up. He stayed still as the presumptuous stranger crossed the bed, over his legs—still covered by the sheet—and straddled his lap, with a very hard cock prominent between them, and Caspian’s equally aroused member pushing against the silk sheet and body above it.

The stranger smirked as they grew close.

Face to face, the sharp, aristocratic point of the stranger’s nose brushed against Caspian’s.

Caspian’s heart hammered in his chest. He hoped he wasn’t blushing. The touch, as slight as it was, felt electric. The air sparked with sudden, impossible chemistry.

“Hello,” the stranger said again before stealing a kiss.

Closing his eyes, Caspian gasped into the stranger’s mouth. After a brief moment of hesitation, he kissed the stranger back. Arousal surged low in his stomach and bound him to the moment.

Nothing else had ever been so important, so captivating.

They sank onto the bed together. The stranger pressed down, with only a slither of black silk to separate their naked bodies. Sheer smooth silk protecting him from a stranger. 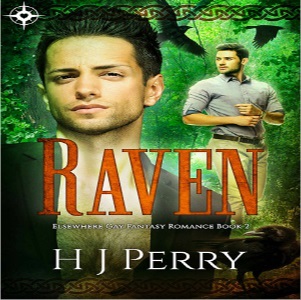