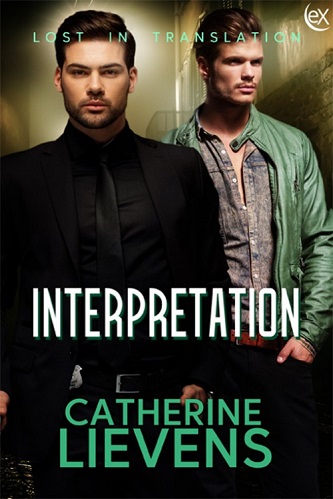 Blurb: Dorran is finally getting over finding a dead body, getting shot, and having to share his apartment with a ghost. So of course, things start going wonky. Dorran and Eli’s relationship hits a rough patch when Eli refused to let Dorran see his apartment, Francis the ghost is getting cheekier and stronger, and even worse, Dorran’s brother is arrested for killing his pregnant girlfriend. Dorran has no intention of sticking his nose into the investigation—except that’s exactly what he ends up doing.

The sheriff in charge of the investigation has already pegged Chris as guilty, and he’s not going to look any further, so it’s not Dorran’s fault if he has to do the man’s job for him, right? With a recalcitrant Eli and some help from Francis, Dorran starts looking for the real murderer. What’s the sheriff hiding? And what on earth is happening with Francis suddenly being visible?

Chris’ life is in danger, and Dorran isn’t going to let his brother pay for a crime he didn’t commit.

Review: Francis saves the day!! Dorran and Eli are having a few troubles in their relationship, but the love is going strong. Eli doesn’t want to bring Dorran over to is place and Dorran is trying to figure out what he is hiding from him. Secrets never go the way you want to, but wait till you find out what he is hiding. Trust me you will laugh your ass off. When Chris calls and tells Dorran that he is in big trouble, as in murder, well you can guess Dorran runs to help. Of course you can guess who tags along. Francis saves the day!! I will let you figure out that part.

I will say that I pretty much knew who the killer was, even without Francis’ help. However as always it was a pretty amazing story. It caught my attention and had me sitting on the edge of my seat the whole entire time. I absolutely love Francis, as you can probably guess. Ghost just keep me smiling. Now for a bit there I was ready to deck Eli, but once I found his secret, I basically called him a old softy. This story gives you action, danger and some fun hot sexy times with a bit of touchy feely from a ghost. I wonder if he does watch them when they are getting good.

I had a blast reading this and can not wait to get my hands on the next book. This is one of those books that will be read more than once. And I can guarantee that you will be enchanted also. I would definitely recommend it. 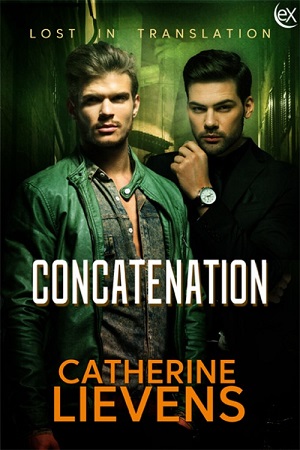 Blurb: The last thing Dorran expected when he moved out of his old apartment was to find a dead body in the new one. John Mitchell was a despicable man, from what Dorran learns, but no one deserves to have their head bashed in. Dorran supposed he should be grateful for what happened, if anything because one of the detectives on the case is his ex-boyfriend—the one he dumped ten years ago because he didn’t want to come out of the closet.

Things are never easy for Dorran, though, and he has to deal with nosy neighbors, his angry ex, and…a ghost? He really didn’t mean to stick his nose in the investigation, but it’s not his fault everyone seems to prefer talking to him instead of the cops, even when he really would rather not listen. And it’s also not his fault that the dead guy seems to have killed his uncle—and that the uncle still haunts the apartment. If only his ex could understand that. Dorran wants a second chance with Eli, but Eli seems to think Dorran is sticking his nose into things on purpose.

Will Dorran manage to convince Eli he didn’t mean to get involved? Will he find out who killed John Mitchell before that person decides to take out someone else? He knows he should, because with his luck, that next person is going to be him.

Review: I wonder how it feels to get smacked on the ass by a ghost. I bet that Dorran never once thought that when he moved into his new apartment. Although when he started to move in several problems showed up. One his apartment was still full of the dead guys stuff and then he found a dead body in the storage area, so ghost were no big deal. The big deal was the detective to show up, you guessed it, his ex-boyfriend.

Eli had been angry at first when he saw the man he had loved once, but got dumped by also. He knew from past experience that Dorran also would not stop trying to figure out what happened to the dead guy either. Sparks are about to show up.

The ghost was a great idea for this book. I got a kick out of Dorran and the ghost. Eli was a little harder to like but then again he comes off a bit gruff, with good reason though. Very quirky story that kept my attention to the very end. I got a kick out the whole book. It was exciting, fascinating, dangerous and some hot sexy time. It gave me everything I could want in a story and so much more.

I had a blast reading this and can’t wait to get my hands on the next book. I would definitely recommend this book.