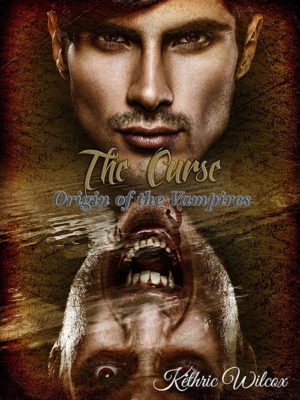 Series: Origin of the Vampires 01

In this day and age, that’s not an earth-shattering headline. We want headlines that scream of life-altering events.

That’s what we want to read, or we would if we hadn’t lived it in hours before the beginning of the Great Upheaval. The current world was born in nuclear fire and electromagnetic disruption. Most of the superpowers I knew in the early and mid 21st century were washed away.

The truth behind that simple story is vastly more complicated than anyone could imagine. It is a life-altering headline, at least for me it was. Twice a simple tale of murder turned my life upside down. I am Richard St. Martin, Lord of all Vampires, but before my story can be told, you need to learn the story of the first Lord of all Vampires, Cain. My stepchildren call him Father Cain because he was the first. To ferret out the truth behind the tale, I had to recruit two talented mortals: Dr. Jeremiah Banks, Archaeologist, and Professor Juan Di Vargas, Theologian and Religious Scholar. Together they found the secret origin of the vampires:

This is a story filled with many wonderful characters that brought the details of this story to life in startling clarity. Dr. Jeremiah Banks, is an esteemed archaelogist who attends a conference where he meets esteemed Professor Juan Di Vargas, Theologian and Religious Scholar who then begin a passionate night together. With the way the world is in the story they must be careful of being caught as times are certainly different that what the reader will be used to. It seemed that certain things went backwards instead of advancing forward and nations were divided.

Times are different in this tale. The religious aspects and journal entries regarding Richard St. Martin and Cain are fascinating. Though I’m not overly religious myself I was enthralled with the story as it progressed. This story takes us on a wild adventure to discover the truth of El-Abel and Enoch’s whereabouts and the vampires that either protect the knowledge or want it for themselves.

Cain’s tale is fascinating along with his brothers. But, the actual shocking part was the end as I never saw it coming. Twists and turns, mages, witches, vampires danger and traveling the globe on a quest are all in abundance in this intriguing story yet at times difficult to read for me. But overall awesome.

Well this was a story and a half! The world building was incredible, pulling us into a world where technology is a thing from the past, religion has it’s hold on the world and in some areas slavery is legal.

I will be honest and say it took me a while to get used to the writing style, and if it wasn’t for the story being so interesting then I would have stopped reading it early on. I finally got the hang of the writing style about 25% in, and from then on it was a brilliant read that kept me turning each page to discover more.

The storyline itself was intriguing, the way that most of humanity turns back to religion in the face of disaster and the way that attitudes and behaviour  seem to reverse to the early 1800’s, with bigotry rife and slavery enforced. Don’t even get me started on sexuality! Damn if disaster ever does strike like this I hope humanity is better than returning to a time that oppressed so many.

We are treated to the developing relationship of Jeremiah and Juan, a May/December love story that has some D/s qualities, their relationship is stretched over time from their first meeting to the archaeology dig where they discover so much that had been hidden.

Then we have the vampires and the story of Cain, Richard St. Martin certainly shines through these moments as entries are littered throughout the story leading us to an ending that is shocking as the truth emerges about the true story of Cain and Able.

At times this story is edge of the seat as Jeremiah and Juan clash with the people & vampires who are trying to keep them from discovering the truth about El-Abel and Enoch. We are treated to danger and adventure that has us excited for the next chapter, and as we approach the end of the book we are thrilled with what must be a showstopping ending. Well, don’t hold your breath, because while the anticipation is built for a big blockbuster ending what we get is a lackluster fizz as the confrontation seems to collapse in on itself in such a way that we sit there gobsmacked and shaking your head thinking “over four hundred pages for that!”.

But while I had a deep sense of betrayal over the ending battle I have to admit that this is an excellent story that has many intriguing and exciting moments, it draws you in with the tasty tidbits from the Vampire Interludes, with the interesting world building and an ending that makes you want to stomp the book into oblivion and leaves you panting for the next book.

So I recommend this story for those who love a great futuristic paranormal story that has a lot going on, with characters that pull you in, with danger and adventure and a happy ending for the MC’s but which is just the beginning for the Vampires!