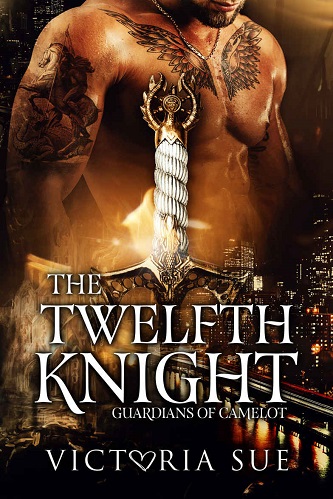 Blurb: The evil is ancient…

…and weapons and magic won’t be enough.

They’ll need each other.

For 1500 years, Lancelot has fought for good, now facing an evil plot hatched by Morgana hundreds of years earlier, he can’t defeat her alone. He must find the other half of his soul, but there is just one problem, he doesn’t know where to look.

Whomever it is, he’s sure they live in New York City.

Time is not on his side.

Mel has struggled since his father died when he was only a child. He’s had to do anything to get by and it hasn’t been easy. When a strange Englishman reaches out to him, with a story beyond belief, he has a decision to make. Follow his heart and trust him or run?

Can Mel and Lance defeat the greatest enemy the world has ever known? Or in the midst of fighting evil, will they discover the real threat has always been a shattered heart?

And what if the one fight they cannot ever hope to win is with themselves?

You’ll love this new look at the Arthurian legends, because of the twists and the romance you didn’t expect.

Review: Past and present collide in this astonishing new series as Mel learns this more out there than he knew. Lancelot saves the young man when he’s attacked by a vile evil monster. This sets in motion the two learning about each other and each facing difficult decisions while at the same time fighting their attraction.

I loved the plot and the way it slowly revealed different snippets of what was in the past while explaining what happened and why. Lance and his fellow knights Kay, Lucan, Ali, and Gawain have lived a long life battling an evil that overtook Camelot a thousand years ago and still battles them in the present. Merlin is a key player who made the knights immortal with an exception that they find the other half of their soul. If this person dies then so to will the knight.

There is so much that happens to make this an epic story with fabulous twists and turns that enable a slow understanding of what is going on and who exactly are the good and guys. There is a great cast of characters that bring the story to life and dangerous situations that have you on the edge on your seat as you are immersed in a story where the good struggle against insurmountable odds.