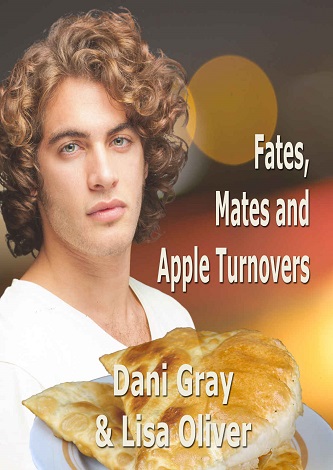 Blurb: While dumpster diving for food to feed his brother and himself, Peter Ames was discovered by the shop owner Cupid. When the offer for a free meal was giving to him, Peter was overjoyed at the prospect. Later, when Cupid offers him a job washing the dishes, a very grateful Peter would have done just about anything for the man who helped to make sure he could support himself and his brother Harvey.

When the wards that Cupid, the god of love, had placed around his namesake’s shop went off and he went to investigate, the last person he expected to meet was his mate. Upset at how busy his life already was, Cupid, or Eros as Peter preferred to call him, turned his back on his mate. When he realized that the Fates weren’t going to change their minds, Eros was horrified to find out that his neglect had left his mate near death.

But even with a god’s protection, life isn’t rainbow clouds and buttercups. A man from Peter’s past wants him dead and doesn’t care if anyone gets in his way. Will Peter and Eros ever be able to live their life as the Fates directed, or will Peter be struck down from someone else’s hatred?

Review: Peter and his brother Harvey were not only homeless but on the run. Their mother had been murdered and the killer was after them. It was hard to find help so they searched for food in the dumpsters. On one such search for food, the owner of the shop he was dumpster diving found him. Instead of getting angry the owner, Cupid offered to help them both. Then he offers Peter a job.

When Eros who is also know as Cupid, the real Cupid, shows up to find out who is in the store, to his surprise he finds his mate. Cupid is the god of love and had placed wards around his namesake’s shop and he is in for more surprises. However he doesn’t want a mate or so he thinks. Not only is someone after his mate, his neglect is affecting Peter. Now Cupid or Eros has to decide.

This was not only sweet but very cute. It not only gave me a story that drew me in but gave me the right balance of love, laughter, danger, excitement and so much more. Now I recognized that the writing wasn’t the same style as Lisa Oliver’s but it was still pretty good. My only other issue was the mistake about the guy’s father and a few editing mistakes but it doesn’t take away from the story much.

I can’t wait to read Harvey’s story. I liked the characters quite a bit although Eros is still in the dog house. Now I will say that it definitely needs a better proof reading to get rid of the errors. I enjoyed the story quite a bit and would suggest it.