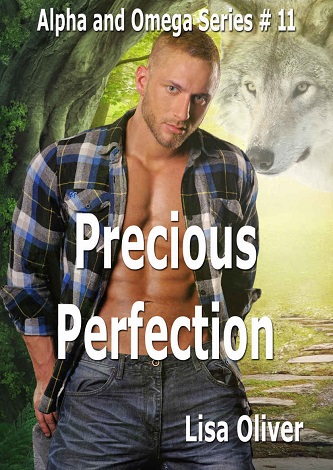 Blurb: Shunned by his pack for being born without feet and suspected of being an omega wolf, Devyn had a lucky escape when he was found and raised by a bear shifter. Now twenty six years old, Devyn fills his days carving elegant items of furniture out of wood, catering to the rich who can afford his custom pieces. It’s a quiet life, but a good life and Devyn never imagined it changing in any way, until his fated mate walked in the door.

Rex would be the first to admit he cruised through life since leaving his father’s pack at eighteen. Yes, he was born an alpha, but he wasn’t interested in running a pack. He was happy living with his beta brother, running his bar, and falling in with hook ups when the mood struck him – which was often. But when he was called to a furniture shop by his latest hook up, supposedly to help move a bed, he never imagined he’d finally find someone he wanted to hold onto. Someone who made his alpha wolf stand up and take notice.

Life should’ve been easy once the misunderstandings concerning a proposal, Devyn’s role in their relationship, and other trivial matters had been resolved. But the evil that shadowed both their pasts, is now back on the scene wanting Devyn dead and Rex fulfilling responsibilities he’d never asked for. Throw a magic user in the mix, and it’s going to take more than Devyn’s deft hand on his wheelchair to work things out.

Review: Rex and his brother left their pack when they became adults. They had a good life, but life seems to always come up with a surprise. When Sloan tried to propose to him in a warehouse for tax time, he knew he had to change a part of his life. What he had not expected was the sexy little wolf shifter being his mate, nor of his mate not being able to walk.

Devyn’s pack had left him for dead when he was a few days old, all because his legs were deformed and he had no feet. A bear shifter found him and became the father he knew now. Then walks in a big ass alpha wolf whose head needed to be knocked around saying they were mates.

Now for most shifters they would meet, mate and have some sexy times. But wolves are a bit strange it seems, then add in one grumpy papa bear and well it is going to get messy. You get a bit of feelings from Rex, but he just doesn’t seem to have a true connection with Devyn that one would expect. Then there is the fact that he is alpha but comes off more like a beta, until he stands up to another beta. I also didn’t care for the magic users at all and wished they had been ditched. I did like Devyn quite a bit and his papa bear definitely wins favors.

It was an interesting story that had a few errors in it but they were not taking away from this story. However I will say that there was something missing in the story that would have normally made it stand out more.

I did enjoy reading it and look forward to reading more from this series. I can also say that it is one of those stories that will be read many times over.