Hi guys, we have M. Crane Hana stopping by today with her new release The Purist, we have a great excerpt and a brilliant $10 NineStar GC giveaway so check out the post and enter the giveaway! ❤ ~Pixie~ 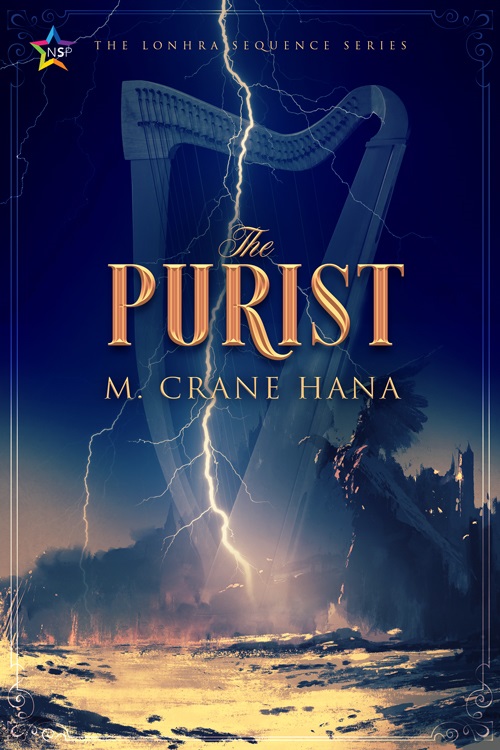 Eridan wields the coveted bardic rank of Master-Singer to keep his dying race’s culture alive in a brutal world of magic and war. He doesn’t know Sfassa, his brawny wife and musical partner, traded her fanged-and-furred alien shape for a more-human one so she could be with him. Their idyllic marriage shatters when, wounded by an assassination attempt, Sfassa must forever return to her birth shape and her own people.

Eridan still adores his wife and unborn child, but his prim religion and heritage now forbid his marriage. Only the Northwarden—a dangerously charming, genderfluid sorcerer who enforces civilization’s uneasy peace—can guide him toward a solution. Eridan finds he likes the Northwarden far too much for comfort.

Eridan can risk life and sanity to gain shapeshifting and Sfassa, or live a secret and protected life as the Northwarden’s lover. To keep them both, he picks a third audacious path, testing all his skills against vicious assassins, meddling volcano goddesses, his own dearly-bought pride, and the malevolent, sapient heart of the planet itself.

END_OF_DOCUMENT_TOKEN_TO_BE_REPLACED 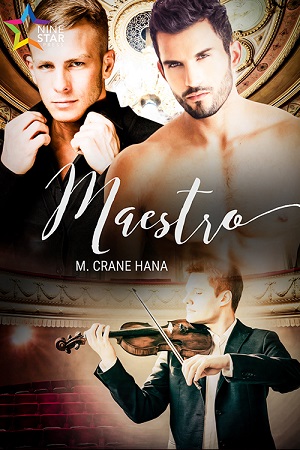 Blurb: Gay and happily married, Leo has helped manage a large, influential nonprofit arts foundation over the past ten years. He has built a friendly rapport with the elderly billionaire who began it, but he has enemies within the foundation.

Leo’s birthday is on February 13, and that has always meant candles on heart-shaped cupcakes and birthday cards with “Happy Valentine’s Day” crossed out. To celebrate, Andrew, Leo’s mystery writer husband, arranges a tryst for Leo with Mel, a gifted violinist who is one of Andrew’s biggest fans.

What started as mere pleasure becomes a three-part harmony as Leo, Andrew, and Mel explore the ways their kinks and needs mesh—until Leo’s enemies attempt to use evidence of the liaison to force him out of his job.

Review: Leo’s birthday is the day before Valentines day. His husband has set up a surprise present for him. One sexy young man who can play the violin. Andrew has given him a gift but it turns out in the end the gift would be for them all. Mel couldn’t be happier to end up with these two guys and it sure does show.

It was an interesting story, but it didn’t do anything for me. The story came off a bit dry and dull. Although the three of them was quite hot. It was different then what I have read before. I don’t care for open relationships and the fact that one of them did not do that sort of thing, it felt like Andrew was not that much in love. Now Leo calls them cheating and being together in the book, and that made the story even more off. To me it was a bad porno. Then there was the fact like it was pushed together fast, not slow to get to know each other.

However I am sorry to say this book was definitely not for me. Hi guys, we have M. Crane Hana popping in today with her new re-release Moro’s Price, we have a fantastic exclusive excerpt, a brilliant giveaway and my review, so check out the post and click that giveaway link! <3 ~Pixie~

Crown Prince, techno-geek, and secret sadomasochist Valier has lusted for years after the gorgeous gladiator called “The Diamond.” Meeting the escaped slave on a rooftop, Valier discovers Moro Dalgleish wants suicide before his former masters can reclaim him.