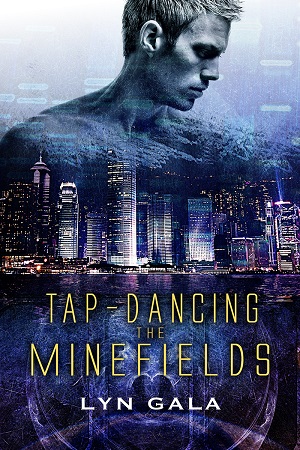 Blurb: Sometimes the fiercest battle a man faces is against himself.

In the hidden alleyways of New York City, George “Tank” Tankersley defeated what he believed were demons. But the victory cost too much. Tank joined the Army in the hope of outrunning the guilt haunting him—only to stumble into a vast and deadly conspiracy, the enemies he’d hoped to never encounter again, and the arms of the brilliant, eccentric scientist tasked with saving humanity.

In a world where the line between dark magic and alien science is thin, Dr. Lev Underwood must reverse engineer recovered alien technology to give humans a fighting chance against the extraterrestrial beings who consider Earth nothing more than a petri dish. His old friend, Colonel Clyde Aldrich, wants to protect Lev from entanglement with the scarred and emotionally volatile young soldier, but Lev cannot help the pull he feels toward Tank. Still, his first loyalty is to the secret government program, and love might have to take a back seat to protecting the world. But if he can find a way, Lev wants both.

Review: Tanks life takes a turn when he is thrust into a secret alien base. Not one who is new to the strange Tank learns that everything he thought he knew was wrong. I liked the story. It has all sorts of twists and turns that delve further into the aliens and what they are up to.

The aliens themselves are not that different from humans. You have your good ones and bad ones. The slave ships were horrifying for the humans they had captured. These things were mentioned but not in deep detail.

Overall I found the characters in the story complex at times yet intriguing. They all added to the story in some way or another. The biggest shock was about Tank himself. But, I won’t spoil what all happens for the readers. Needless to say it was an adventurous, action packed, and mysterious story that captures your imagination and attention from the start.