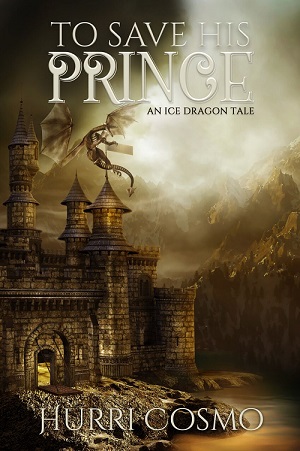 Title: To Save His Prince

Blurb: Emory is a humble kitchen servant intent on working hard so he can continue to earn his daily crust of bread. It is a thankless, back-breaking job, but it is exactly where Emory wants to be.

In the magnificent West Quay castle. Because that is where the incredibly handsome, extremely talented Crown Prince Riffyn lives. The beautiful, kind, and attentive man stole Emory’s heart years before when he rescued him and his mother from a band of thieves. Now Emory’s only wish is to be close, so he can simply admire and serve the man.

But a great evil walks the halls of the castle, and Emory stumbles on a heinous plot to not only kill the prince but a possible plan to overthrow the Kingdom. A wicked scheme that includes the use of magic. Of course, being a lowly servant, no one believes Emory when he tries to raise the alarm, including the prince, who has been commanded to choose a bride now, or one will be chosen for him. Even as Emory’s heart breaks for his prince, he has to find a way to save him. But how, when no one, not even the king, the prince’s own father, can be trusted?

Review: An evil plan, many that are part of said plan and one man, Emory, who takes it upon himself to try and thwart the evil in the castle. I liked Emory’s determination and strong will even though it seemed every turn he took no one believe. He did not stop trying to warn others.
Prince Riffyn I did not like at first. I thought his treatment of Emory when the servant girl lied on him was horrible. If I were Emory I would have never looked back after being thrown out and no even given the benefit of hearing his side of things.

A great read with plenty of drama, danger and mystery. I loved how the story unfolded. Emory and Riffyn were a cute couple once everything was found out and they got together. There some tense scenes with the culprits of the plan against the kingdom. The scheming and the lengths that were made into the evil plan were interesting.