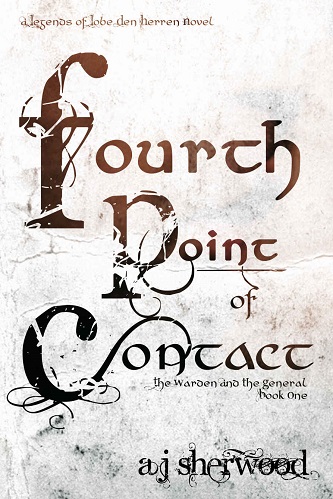 Series: Legends of Lobe den Herren 01 / The Warden and The General 01

Ren’s head snapped up, as Brahms only used his full name when being completely serious.
Those dark blue eyes met his levelly, penetratingly, as if he could see every thought going through Ren’s head. And he likely could. The man was exceptionally good at seeing through people. “Come with me.”

Oh hell. He really had no defenses against that plea. Brahms rarely asked anything of him, and every time he had, it turned out to be for Ren’s own good. “You realize that if I go, your reputation is never going to recover. People assume I’ve seduced you over to my side as it is.”

Brahms just stared at him.

“Right, you don’t care. Of course you don’t, silly me, why am I worrying about it?” Relief filled him, making him a little giddy with it, and he had the strangest urge to giggle. Which wasn’t manly, he stamped that out immediately, but still a grin took over his face. “Alright, alright, I’ll go home with you.”

Not once in the past five years has Castle Warden Sho Renjimantoro regretted following his best friend to Aart. How can he regret it when he finds open acceptance regarding his sexuality from everyone around him (even if they don’t understand it), and he gets to be with the man most important to him?

No, finding someone in this country is a fantasy best forgotten.

General Arman Brahms, finally home from deployment, has waited over two years to show Ren he’s wrong, that fantasies can come true. Unfortunately, his plans get put on hold to help Ren solve the crisis unfolding in the castle.

Someone is doing their level best to make sure the engagement of Prince Charles and Princess Alexandria of Scovia falls through—by fair means or foul. In addition, they’re trying to make Ren deemed incompetent and dismissed from his position. While hunting for the perpetrator, Ren and Arman do everything in their power to protect those they’re sworn to before the irredeemable occurs.

And along the way, prove that even an ordinary life can become extraordinary.

Review: The bulk of the book revolves around Arman and Ren’s developing relationship more than anything else and this disappointed me. I was expecting action and battle scenes instead of a long drawn out book about two men and how they get along.

I liked Ren and Arman. They both were great together however, it seemed as though many things were repeated over and over throughout the story and this aggravated me to the point that I was ready for action and less talking and emotions. The twists and turns were a welcome break from the repetitious feelings and thoughts of the characters.

Overall it was a good story about two men who in the face of prejudice and adversity manage to make it through together.