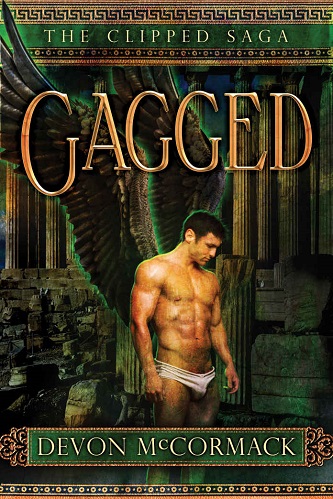 Blurb: MORTALS BEWARE: What am I saying? If you made it this far, you’ll be fine…

The end is here.

Will our heroes save the day? Or will they lose to the dark forces that conspire against all the realms?

The demon Kinzer is on the run–a fugitive accused of a crime he didn’t commit. He’s lost what little he had left to live for. But despite how futile his efforts against Armageddon seem, he fights on…even when all hope seems lost.

Meanwhile, Trey and Kid are sent to an immortal prison to await sentencing for the same crime Kinzer is wanted for. As immortals work to decide the fates of these creatures, a greater war lingers on the horizon. And with it, will come an apocalypse that will ravage the heavens and the Earth.

All creation is f*cked, and despite anyone’s cries and pleas for mercy, no god will come to their rescue.

*This is the third and final installment in the saga.

Review: This installment of the Clipped Saga has many twists and turns as well as plenty of action and heart stopping suspense. Throughout this entire series I have been on the edge of my seat. Though I will admit the sex scenes took me by surprise with the pain in them.

Aside from the sometimes brutality that goes on I was entranced by the story. I was drawn in from the beginning of the series to the end. Kinzar, Trey, Kid, Hayde and all their allies fight for their lives as well as humanities against Janka and his crew. The fight scenes were awesome and in great detail.

I have never read a series quite like it before as most dial back the horror and details. Not so in this series. You get a no holds barred story that packs quite a punch and leaves you reeling at times with it’s fast pace and the things that go on.

Even though I did not care for the assault/rape scenes and was squeamish with the sex I still loved the series. If your looking for HEA and sweetness this series is not for you. If you like dark, gritty in your face horrifying with a storyline that is amazing this series is definitely for you.