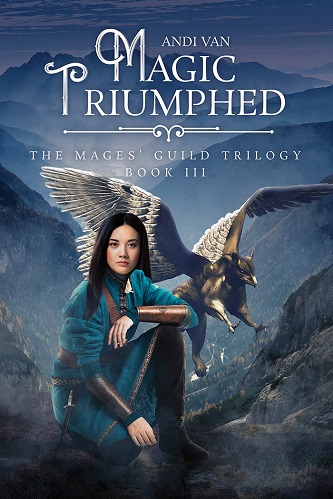 Blurb: Zaree Muna’s loyalty to her brother Tasis has taken her to some strange places, but she never could’ve predicted ending up where she now finds herself. The victims of a spell, Tasis and his familiar are unable to wake, leaving Zaree and her allies to face the mad king of Archai on their own. Their quest brings them face-to-face with the Maker herself, and she offers a dire prophecy: they’ll suffer three deaths as they fight for the fate of their world. They’ll lose two people close to them before the final death threatens their chance of victory.

But Zaree isn’t planning to give up—not on Tasis’s dream and not on their future. If that means staring down death, she’s ready. A thousand years is too long to let their struggles end in anything but triumph.

Review: A lot happens in this conclusion to the series. Zaree takes up the reigns as Tasis is unable to. This book takes on a life of it’s own with a slew of characters that really add depth to the book. The journey itself is filled with danger and help from friends and allies.

I really enjoyed this addition. I was not expecting some of the twists and turns that happened so that was a pleasant surprise. I liked that unanswered questions from previous books were answered. Characters that were barely mentioned got their just dues in this exciting conclusion to the series. 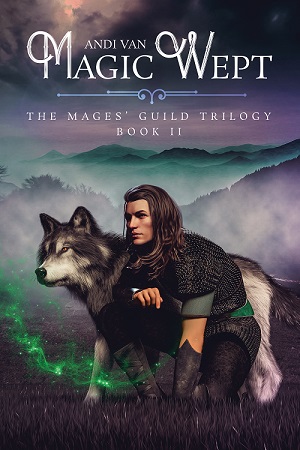 Blurb: Jorget has no surname, no blood kin, and no hope of using his magical ability while he remains at Archai Castle, where the mad king reigns. With magic still outlawed, every experiment he performs could cost him his life. So when his mentor, the royal priest Denekk, is ordered to send Jorget on a journey to find a magical weapon, the young man jumps at the chance to prove himself. What he doesn’t realize is that things are never as simple as they seem.

Review: Jorget has to hide his magical abilities from all but his mentor. In a time where magic users are executed by an evil king hell bent on destroying the newly reformed guild Jorget is given a task to find a weapon before the king finds it and uses it to undue the guild for good.

Tasis and Edwin take running and keeping the island and guild safe from bigotry and persecution. As such Edwin sets out to find the weapon before the king does. This sets in motion a grand adventure where even more twists and turns and secrets are revealed.

New characters are introduced in this exciting sequel as the action heats up. I love this series. The characters are very intriguing and all play a role in the story. I was on the edge of my seat as the story unfolded.

Hi guys! We have Julia Ember stopping by today with her upcoming release The Tiger’s Watch, we have a brilliant guest post from Julia that includes some exclusive pictures and we have a great excerpt, so guys, check out the post and enjoy! <3 ~Pixie~ Sixteen-year-old Tashi has spent their life training as an inhabitor, a soldier who spies and kills using a bonded animal. When the capital falls after a brutal siege, Tashi flees to a remote monastery to hide. But the invading army turns the monastery into a hospital, and Tashi catches the eye of Xian, the regiment’s fearless young commander.

Tashi spies on Xian’s every move. In front of his men, Xian seems dangerous, even sadistic, but Tashi discovers a more vulnerable side of the enemy commander—a side that draws them to Xian.

When their spying unveils that everything they’ve been taught is a lie, Tashi faces an impossible choice: save their country or the boy they’re growing to love. Though Tashi grapples with their decision, their volatile bonded tiger doesn’t question her allegiances. Katala slaughters Xian’s soldiers, leading the enemy to hunt her. But an inhabitor’s bond to their animal is for life—if Katala dies, so will Tashi.