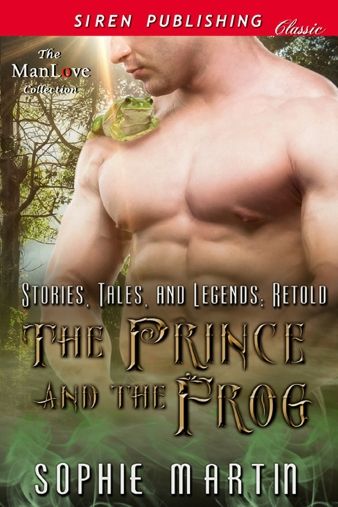 Title: The Prince and the Frog

Blurb: Prince Ivan’s father believes his sons should find wives the traditional way–by going on a quest. This most fervent wish sends Ivan to his destiny. A magical forest, swamps, and strange dreams are just the beginning of the prince’s bad luck. Not only does his chosen bride prove to be a frog, she is also a he!

With an ancient magic involved, Ivan and Vasiliy the frog have no choice but to marry. But their problems aren’t over yet. First a test of worthiness threatens their blossoming relationship. Then there is the small matter of the magical curse Vasya is under. Finally, Ivan’s impatience rips the two apart.

Can the prince fulfill the impossible quest and thwart the most feared wizard in the world (aka his father-in-law) to get his frog back? And will Vasya begin an all-out magical war to return to his prince?

Review: Ivan’s father loves sending his sons on quests. This time he thinks it is time for his sons to find their other halves so has them shoot fate magic arrows in different directions and follow them to where they landed. This is where Ivan meets Vasya. Unbeknownst to him Vasya is the son of a powerful wizard being punished along with his friends for a prank gone wrong. So when the two meet Vasya and his friends are in their animal skins.

I really enjoyed the story and the subsequent adventure these two journeyed upon. Ivan is resourceful and gets help from Vasya’s friends unbeknowst to him. I loved everything about this story. It was cute, sweet, adventurous and action packed. 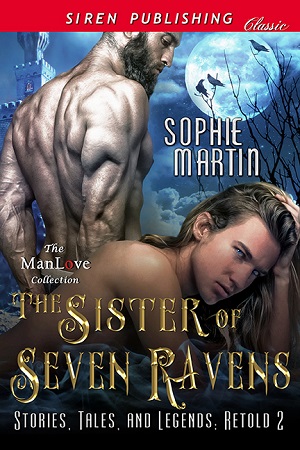 Title: The Sister of Seven Ravens

Blurb: A horrible curse turned Yasko’s brothers into ravens changing his life forever. After embarking on an adventure he finds a way to ease their suffering. It leads him into the middle of an ancient forest and requires a great sacrifice.

Duke Casimir’s had enough of his mother’s schemes. When he asks the soothsayer for help on his hunt he is thinking about finding a husband.

Lost in the middle of an ancient forest Cas is saved by Yasko. The two men fall in love and Yas agrees to go with Casimir.

But someone doesn’t want Yasko as Casimir’s husband and they’ll do anything to force them apart.

Magical forces, hidden foes, and a war brewing on the horizon all stand in their way, but with some help from new friends, the support of his brothers and Yasko’s sheer stubbornness they might yet come out of the ordeal stronger than before.

Review: Yasko and his brothers suffer from a curse brought on by his ailing mother’s mental state after a devastating plague affects her. Yasko goes in search of a cure that will turn his brothers back into humans. Instead he finds out that is not possible to permanently restore his brothers. He is given a long task and explicit instructions to complete so his brothers can have some semblance of normalcy.

He meets Duke Cas and romance blossoms. He agrees to go back with the man but then runs into problems with the heinous duchess, Cas’ mother. I hated this woman. She was spiteful and hurtful. The things she did was despicable all in the name of keeping her power. What really pissed me off was how Cas turned a blind eye to the way she behaved. That was unacceptable to me as he was the duke.

All in all it was a wonderful retelling of a story I enjoyed.

Title: Changing His Reality
Series: Reality # 1
Author: Sophie Martin
Genre: Ménage a Trois/Quatre/Paranormal/ Shape-shifter, Vampires/Werewolves
Length: Novella (138 pages)
Publisher: Siren-Bookstrand, Inc. (October 14th, 2014)
Heat Level: Moderate
Heart Rating:  ♥♥♥♥3.75Hearts
Blurb: Jason Thorne lost his emotions four years ago. After getting kidnapped and then meeting and rescuing two men—vampire’s personal slave Toby and tiger-shifting Tyler—he suddenly discovers he’s starting to get his feelings back. When the three men move in together, the attraction between them grows. But Jason is afraid of losing his feelings again and he doesn’t want to act on it.

When Tyler Rhodes agreed to help search for his friend’s missing brother he didn’t expect to be caught, locked in a cage in his tiger form and starved. Only Toby smuggling him food kept him from dying. When both Tyler and Toby got rescued by Jason and his mysterious powers, Tyler is determined to do everything he can to convince his men that relationship between them can work.

In all the chaos that comes next, its Toby and Tyler’s task to convince Jason that they can make it work and change his emotionless reality forever.

Review: Interesting story about a supposed human, Jason, who loses all his emotions when he was 25 and can now do some kind of mind magic, getting kidnapped by a human trafficking vampire’s goons and being able to escape and rescue all the others that were taken as well. He rescues Tyler, a tiger shifter and Toby a human from the vampire and they become his mates.

I didn’t understand how Jason became an Alpha when the story kept mentioning which paranormal creature he wasn’t but never elaborated as to what he actually was. I did like the fact that so many different paranormals and humans came together to help others that were kidnapped though.

Action packed with mystery and danger. Although I loved, the story I felt it was a little confusing at times, as the book needs a little editing because some sentences throughout the book don’t make sense with both spelling errors and omitted words that should be there. Other than that, it was a good read.