Hi peeps, we have Sam Burns and W.M. Fawkes dropping by today with the tour for their new release Prisoner of Shadows, we have a brilliant giveaway and Shorty’s review so check out the post and enter the giveaway! ❤ ~Pixie~ 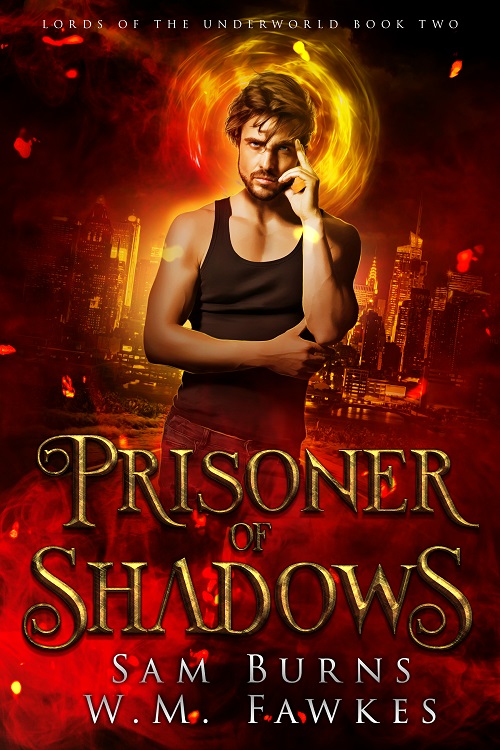 (Lords of the Underworld 02)
by

For more than five thousand years, Prometheus has been chained in the underworld. Every day, an eagle tears out his liver. Every night, he heals. When Hermes releases him in a gambit to save himself from his father’s wrath, Prometheus must adjust to a world that’s forgotten him. Hunted by the twins, Artemis and Apollo, he finds help in an unexpected place.

END_OF_DOCUMENT_TOKEN_TO_BE_REPLACED

Hi peeps, we have Cheryl Headford visiting us today with her new release Hostage, we have a great excerpt, a fantastic giveaway and Shorty’s review so enjoy the post and click that rafflecopter link <3 ~Pixie~

Astrin Raphael wakes up in a strange place, frightened and confused. He is told to trust someone who seems to hate him, and he tries—he really tries. However, things change rapidly when he discovers his friend is actually his archenemy, Rowan Gabriel, whose abusive behavior stems from a deeply ingrained, if unwarranted, hatred over something that happened many years before, and simply wasn’t Astrin’s fault.

When Rowan’s uncle and Astrin’s father are kidnapped by Strebo Michael, the two crown princes are catapulted into an adventure that forces them to work together, and along the way their feelings for each other grow. Rowan is quick to let his hate go, but Astrin can’t release his inhibitions. It takes Astrin almost dying from a poisoned dagger before he finally accepts Rowan’s love.

When they return home, their problems continue as their Houses try to negotiate a way for the young men to be together. It soon becomes clear at least one of them will need to relinquish his throne.

END_OF_DOCUMENT_TOKEN_TO_BE_REPLACED

Hey guys, we have Lisa & Thomas Oliver stopping by today with the tour for their first release together Uncaged, we have a Thomas & Lisa telling us a little about the book and they interview one of their characters Carlin, we also have a great excerpt, a fantastic giveaway and Lisa’s review, so enjoy the post and click that rafflecopter link <3 ~Pixie~

Carlin is an Alpha Wolf Fighter, one of only three in the top spots at the Souterrain – an underground fighting club, run by the Elite to punish shifters who have gone outside of the laws. He’s happy enough, only has to fight exhibition matches, has his own apartment space, food and sex on tap – yep, life it good. So when Martin offers him the chance to fight for his freedom, Carlin turns it down. It’s no fun being a lone wolf and Carlin is quite happy where he is.

Then Lucas catches his eye. A handsome man, a stunning fighter, moving up through the ranks fast.  Lucas might not have the killer attitude that most men at the Souterrain have, but he’s got the moves.  Carlin has no problems insisting the man is bought to his apartment – sex is never a bad idea.  But when he catches Lucas’s scent and realizes the man is his fated mate, suddenly getting him to bed is the least of his problems.  Lucas wants to be free, and for the first time in a long time, so does Carlin.

Unfortunately there is more to Lucas than meets the eye.  Martin certainly has no intention of letting them go, and if he has to have Carlin killed to keep Lucas at the Souterrain, then the man has no problems with that either. Suddenly the deal Carlin makes with Martin goes horribly wrong, and Carlin and Lucas realize that the price for freedom might be Carlin’s life, and even then Lucas will not be free.

Warnings: M/M sex, HEA, some violence (they are in a fight club after all).  A growly Alpha who lets his emotions get the best of him, and a hybrid shifter with a wicked imagination.

END_OF_DOCUMENT_TOKEN_TO_BE_REPLACED

A Tale of Three Shorts Tour gets readers up close and personal with three late fall releases by Taylin Clavelli. The three short stories, Invisible, Sleepwalking, and DIY Delights, will take you from loss and sorrow, to tender love, to laughter, and a deep sigh when you finally reach the end of each tale. Come meet the men of A Tale of Three Shorts and their stories!

What do you do when you become invisible to the love of your life?

Devastated by loss, Matthew sleepwalks through life, existing but not living.
Can someone rescue him from his waking nightmare and help him to live again?

While renovating his first house with his partner, Mike, Duncan discovers a plethora of reasons to use his favourite word… Bollocks!

END_OF_DOCUMENT_TOKEN_TO_BE_REPLACED

Hi guys, we have Gregory Jonathon Scott stopping by with Take to the Sky, there’s a great excerpt and a brilliant giveaway, we also have a blog comment giveaway for our blog. So enjoy the post and click that Rafflecopter link and don’t forget to leave a comment! <3 ~Pixie~

Take to the Sky

In a secret Michigan Laboratory, an experiment developed a superior creation that was anticipated but not expected. He was the ultimate conception, a core life-being merged with avian. He was born with a gift, a rare one; the ability to fly.

His wings instinctively brought out the urge in him to fly, and Kellan’s need to be free became his obsession.

When the dark, swirling clouds loomed one night, Kellan abandoned the place he had called home, taking to the sky in search of his freedom and to seal his heart that seemed incomplete.

Because Kellan’s secret was too great for anyone outside the institute to know about, TC unleashed genetically altered Maniacs to bring him back.

Through independence, his amazing reality brought riveting adventures to a man he found and couldn’t seem to live without. They get tangled with hair-raising suspense that adds heart-pounding tension to every attempt they make at living their unique affair. They faced uncertainty so hectic that staying together was the least of their challenges, and it caused many of their bouts with passion to spiral in and out of chaos.

Along their frenzied path to survive, hidden secrets surface about Kellan, prompting each move they make in order to truly set him free.

Could Kellan’s one true love and passion to fly be the death of him?

END_OF_DOCUMENT_TOKEN_TO_BE_REPLACED

Hiya guys, we now have Jason Lloyd stopping by for his anniversary tour for Salty Aftertaste, he brings along an excerpt and a fantastic giveaway! Now I am handing the reins over to him so he can chat to you, so I will just say enjoy the post and click that Rafflecopter link <3 ~Pixie~

In this nonfiction tale, Jason and his hilarious and crude motley cast of friends leave their mundane suburban jungles and flock to the mecca that is Rehoboth Beach, Delaware for vacation. They are in search of a little rest and relaxation; aka beach, bars and boys, lots of hot boys.

Jason is just looking for a little attention. He just wants to feel wanted, and a little summer passion would not hurt either. Jason is the self-proclaimed hopeless romantic of the group. Will he find his summer love or is romance really scarce?

Kevin is the complete opposite of Jason. He feels that romance is only alive in stories. Kevin’s love for a teenage drama goes too far, and his obsession turns into more than he expected. Did Kevin finally stumble upon some romance or does his fascination finally get the better of him?

Bobby is looking for a connection. Any kind of connection. He meets a new guy every night and shares his bed with him. What is really going on behind Bobby’s bedroom door? Will he ever be able to fill this insatiable void for closeness?

Benjamin sneaks out every night. He disappears into the night and reemerges the next morning as if nothing had happened. He is quiet about his extracurricular activities. Where does Benjamin go? What is he doing?

In this beach oasis, where there is an endless sea of sexy men with perfect bodies, will Jason and his friends actually find love or just one night stands? One thing is for certain, it is an epic vacation that none of them will forget.